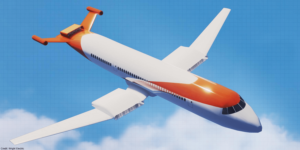 Electric aircraft start-up Wright Electric has demonstrated an inverter system for large zero-emission aircraft. The Wright inverter is designed to be scalable from 500 kW to 20 MW.

It is said to offer 99.5 per cent efficiency and a power density of 30 kW/kg, according to Wright Electric. Unlike other inverters, Wright operates at 300 kWz, while 50 to 100 kHz is common elsewhere. Following the successful demonstration of the system, the inverter is now moving into the next phase of development, including integration into a custom-designed 2 MW motor, it said.

With the high efficiency, the start-up says it wants to achieve a six-fold improvement in heat loss compared to currently produced aviation inverters. This means not only that less energy is lost between the storage unit and the drive, but also that heat management can be simplified.

While other startups are mainly working on small electric aircraft or eVTOL, Wright Electric had started developing the electric propulsion system for a 186-seat aircraft called Wright 1 in early 2020.

“The level of performance demonstrated with our new inverter will become the baseline for any new electric aircraft and is a key technology in our megawatt system,” said Wright CEO Jeff Engler. “Over the coming months, Wright will be making additional announcements regarding the progress of our integrated propulsion system. Zero-emissions commercial aircraft are the future, and Wright is focused on delivering on the promise.”

Wright Electric describes the inverter technology as essential because, regardless of the energy source, direct current must be converted to alternating current for the electric motors – that is, for both a battery-electric aircraft and a fuel cell propulsion system.