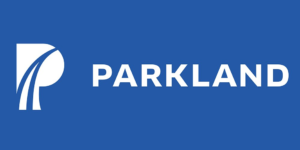 Parkland Corporation, a Canadian convenience store and pit stop chain, wants to install several ultra-fast chargers at its sites in British Columbia. About 25 locations will span a network from Vancouver Island to Calgary that is expected to open to the public in 2022.

Parkland says the sites are “strategically located on major highways and in key cities and towns” across the company’s retail portfolio in Canada’s westernmost province. A total of up to 100 EV fast-charging ports will be deployed at these 25 locations. The ports will be branded ‘ON the RUN’ and deliver up to 150 kW charging power.

While Parkland has to designate the sites yet, it lists Victoria, Nanaimo, Vancouver, Whistler, Abbotsford, Kelowna, Penticton, Kamloops, Revelstoke, and Calgary.

As the chargers will be compatible with “most EVs on the market”, Parkland likely opted for a multi-standard solution but has yet to name the manufacturer. When speaking to its press officer, Simon Scott told us that Parkland was looking at “a number of potential providers” at the moment. The choice will also determine the pricing process, although Scott admitted that it was “too early” to tell at this stage.

He also pointed out that the choice of BC was very deliberate and demand-driven. British Columbia last year increased e-mobility related funding as part of the ‘CleanBC’ rebate program, which has helped the province to have one of the highest EV uptakes in Canada with Parkland claiming EV share as high as nine per cent.

Public and semi-public charger installations are eligible for a rebate of up to 50 per cent of their costs, up to a maximum of $4,000 per charger. Parkland, when speaking to us, confirmed it had received funding for five sites through an earlier application but is currently waiting to see whether this will apply to the planned 25 fast-charge parks as well.

The company says it will provide more details of its energy transition strategy at the latest on ‘Investor Day’ in November. Parkland is also active in the United States and the Caribbean.