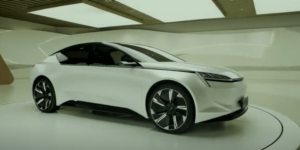 After the electric car division of the heavily indebted Chinese real estate group Evergrande Group recently declared that it would stick to its plans to produce electric cars, Evergrande boss Hui Ka Yan has now announced his plans for Evergrande New Energy Vehicle. A sale that had been rumoured in the meantime now seems to be off the table.

There had been some speculation about a sale of the division because, in view of the advanced development of the Hengchi models, it was seen as a promising way to raise money relatively quickly – the electric car start-ups Nio and Xpeng, for example, were mentioned as potential buyers, but also the tech company Xiaomi, which also wants to enter the electric car business.

But Evergrande itself has other plans for its electric car spin-off. Instead of being a quick cash injection through a sale, the Evergrande New Energy Vehicle is to form the core of the entire group’s future, according to Evergrande CEO Hui Ka Yan: Within ten years, electric vehicles will be made the company’s main business instead of real estate.

As Reuters reports, Evergrande’s shares rise by up to six per cent after the announcement, and those of Evergrande New Energy Vehicle by as much as 17 per cent at the peak – but both shares later fell back somewhat.

Evergrande is more than $300 billion in debt and last week averted a costly default with a last-minute coupon payment. However, another payment deadline also expires this week. According to Reuters, further repayments of nearly $338 million are due in November and December.

Evergrande New Energy Vehicle announced the first six Hengchi models in the summer of 2020 – in various body styles from sedans to SUVs to a seven-seat van. At that time, it was still said that the first model would go into series production in 2021. Now, production of the Hengchi 5 is planned for early 2022.