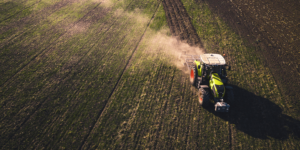 “Working alongside Gridtractor towards a better environment is a win-win for both our customers and California’s agricultural industry, which produces at least one-third of the country’s vegetables and two-thirds of the country’s fruits and nuts,” said Don Cameron, Vice President and General Manager of Terranova Ranch.

Gridtractor estimates farms could save 55-75 per cent on fuel costs by going electric and up to 90 per cent by supplying stored power to irrigation pumps and the grid.

As a partially-owned subsidiary of Polaris Energy Services, Gridtractor says it would leverage existing on-farm electrical services by the latter with new charging and monitoring technology to manage electric tractor operations. The proposition includes automated reports and alerts. The company also claims ut was developing control hardware and SaaS that will help farmers manage fleets of tractors, irrigation pumps, and solar arrays to optimize the economics of energy production, consumption, and storage. The company also pledges it would support farmers with implementation and liaison with utility companies and electrical contractors to ensure the technology is deployed and operating efficiently.

Gridtractor CEO David Meyers likened the company’s business model to Charging-as-a-Service offers. “While observing the rapid acceleration in EV adoption, especially in the heavy-duty sector, we realized that agriculture is an underserved industry in electrification. And considering the emissions generated by one tractor, we believe it is critical to help farmers adopt this technology faster and more seamlessly,” said Meyers. “The longest pole in the tent for transportation electrification is building out the infrastructure to support a massive increase in demand on the grid, and with the vehicle-to-grid component of our solution, we can essentially turn an electric tractor into a giant battery.

Gridtractor has launched operations in California initially and says it would take advantage of extensive electrical infrastructure on farms, lucrative incentives for electrification, and cutting-edge pilots for vehicle grid integration (VGI) in the state.