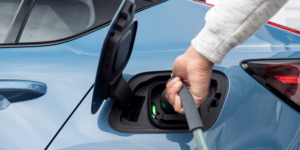 UK-based EO Charging has announced its expansion into North America and is looking to select the site for its North American office, set to open in early 2022. The new division will deliver EO’s complete fleet charging system throughout the Americas, as well as “additional offerings”, so the company.

EO Charging further points to its experience in delivering EV fleet charging solutions at scale in the EU and UK for fleets like Amazon, DHL, Uber and Tesco, which would “prove invaluable for similar global operators on the opposite side of the Atlantic.”

The company plans to focus on electrifying car, van, truck and bus fleets in the US and added they had already secured a pilot demonstration project in California for an unnamed global logistics leader.

“It’s no longer a question of whether fleets should electrify, but rather a question of how and when,” said Charlie Jardine, EO CEO and Founder, also referring to the trillion-dollar infrastructure deal the Biden administration managed to get through both houses recently.

Manning the new US office will be two new executives, which Jardine both described as industry experts. Active in e-mobility since 2009, Tim Weaver has worked with multiple EV manufacturers and suppliers and within the fleet industry. EO in the statement also points to Weaver having secured over $300 million in incentive funds and his activity in public policy.

Austin Hausmann has developed and commercialized over 15 EV platforms for the US market and overseen the design and development of the hardware and software solutions required for adoption, so EO. The company adds Hausmann has also been responsible for projects with the US Departments of Defense and Energy. According to his LinkedIn profile, which also saw him work for Chanje, he now acts as President, Americas for EO Charging – a title he appears to be sharing with Weaver.

“We look forward to building on our new U.S. team’s deep experience with many of the world’s largest fleets, as well as key infrastructure partners, in deploying electric vehicles and charging solutions,” said Jardine when welcoming the new team.

EO Charging, founded in 2014, claims its revenues tripled while the headcount doubled in 2020. Growth also came through deals with major clients such as Amazon, DHL, Go-Ahead, Tesco and Uber, and EO is getting ready to be listed on NASDAQ via SPAC deal, possibly in 2022.