The UK government has said that around 20 energy storage systems are to be deployed at service stations where the grid supply is not always sufficient to support high power charging stations.

National Highways aims to invest £11 million and is currently discussing the possibilities with prospective suppliers. Within the next two years, the plan is to install what will essentially be giant battery units that will connect to the motorway services operators’ charge points.

The UK government says that the measure is supposed to address “range anxiety” – meaning motorists fear they will run out of charge before the next charging station. The stationary battery storage units ensure that the grid can deliver the amount of power required when called upon. 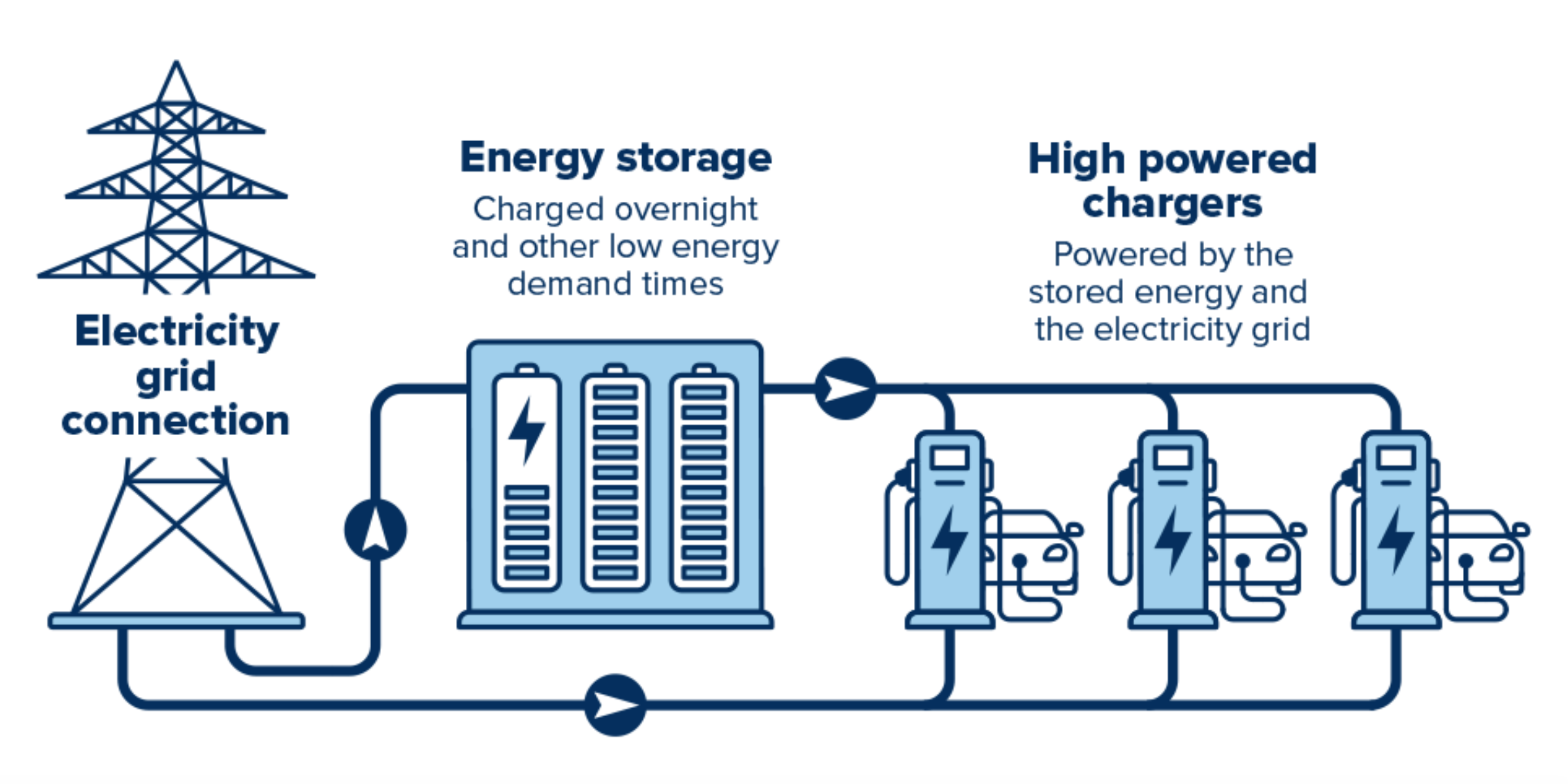 Malcolm Wilkinson, Head of Energy for National Highways, said: “Whilst we have limited control over the number of petrol and diesel cars on the network, by supporting the expansion of the rapid charge points network, we hope to increase EV drivers’ confidence for all types of journeys, both long and short.”

The stationary battery units collect energy from the grid during periods when not many drivers are wanting to charge so that the station has enough power when there is a greater frequency of drivers wanting to charge. The British government has said that this is most especially required at the furthest reaches of the Strategic Road Network (SRN).

The power storage units are the next step in the government’s plans to have more than 6,000 high powered chargers on the motorway network by 2035.

Apparently, the idea is that around 20 Energy Storage Systems will only temporarily bridge this gap until those motorway services can obtain increased power directly from the grid for rapid charging themselves. The question will of course be whether power production can be ramped up enough, or whether these kinds of storage stations are indeed going to be a more long-term solution in some places since they are also good for storing locally produced intermittent renewable energy.

In terms of fortifying the grid with external power storage units, this month, the Department for Business, Energy and Industrial Strategy (BEIS) is looking into storage solutions to use the information to help it establish the need for large-scale long-duration electricity storage. The Department has described electricity storage as an “essential” source of low carbon flexibility. According to BEIS, its own analysis shows around 30GW of short duration storage and flexible demand alone may be needed in 2050, and this does not even include the longer duration storage required.