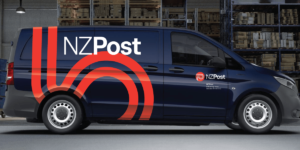 New Zealand’s national postal service and the state-owned financial investor New Zealand Green Investment Finance (NZGIF) are each investing 10 million New Zealand dollars (the equivalent of 6 million euros each) in the procurement of electric delivery vans. This will initially support the purchase of 60 Mercedes eVito.

The Mercedes eVito panel vans are scheduled to arrive in the second half of 2022. Under a staggered leasing plan, the vehicles will initially be leased by NZ Post and then offered to the Post’s contracted deliverers at more favourable terms by cooperation partner Sustainable Fleet Finance.

NZ Post wants to fully electrify its own fleet by 2025 – plus 25 per cent of contractors’ fleets. By 2030, the latter should also be fully electric. Currently, the fleet of NZ Post and its contractors comprises about 2,131 vehicles, 80 per cent of which are vans. The majority of the vehicles – 1916 – are owned by contractors.

NZ Post Chief Executive Officer David Walsh said: “We know that while an electric vehicle costs a lot less to run, the initial purchasing cost can be a barrier. Because of this, NZ Post is making up to half a million dollars available each year to help our delivery contractors invest in these eco-friendly vans.”

According to local media, NZ Post currently already has around 400 electric delivery vehicles on the road – mainly small vehicles such as mopeds, bicycles and four-wheeled Paxsters.