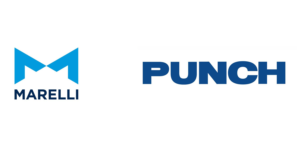 Marelli Electric Powertrain Strasbourg, a joint venture established in May between automotive supplier Marelli and transmission manufacturer Punch, has received its first series order for electric axles from an unnamed OEM.

The ordered drive system will be developed, tested and manufactured by the joint venture in Strasbourg, France. Production is scheduled to start in 2024. Marelli has not revealed more details about the customer, performance data of the ordered e-axle or the scope of the order. It says only that the system is “one of the most compact, efficient and powerful solutions on the market.” It is also said to have the option of Active Torque Vectoring.

The joint venture was only formed in May and is majority-owned by supplier Marelli. Marelli itself was only formed in 2019 from the merger of Italian supplier Magneti Marelli and Japanese company Calsonic Kansei. Marelli Electric Powertrain Strasbourg works on systems management and software in Turin, while Strasbourg is home to the transmission engineering and manufacturing centre of excellence.