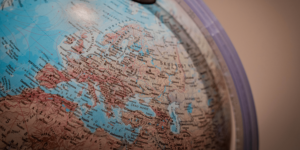 Charging stations for electric vehicles along the Russian M11 motorway stretching from Moscow to Saint Petersburg are currently out of order. The charging stations have been hacked by a Ukrainian company that supplies parts for the power dispensers.

The charging stations were not only deactivated but programmed to display pro-Ukrainian messages in the ticker on the display. The operator is a Russian power company called Rossetti, which says it bought the chargers through a Russian company. Before the war, however, the latter had outsourced parts of the production to AutoEnterprise, a company based in Kharkiv, Ukraine.

Tesla, meanwhile, is making it possible to use selected Superchargers in parts of Poland, Slovakia and Hungary near Ukraine free of charge against the backdrop of the Russian invasion of Ukraine. The corresponding Supercharger locations have also been opened to electric cars from other brands.

Meanwhile, as requested by Ukrainian Deputy Prime Minister Mikhail Fedorov, Elon Musk has activated the Starlink satellite network for Ukraine. The satellite internet is intended to provide information as parts of the land-based communications infrastructure have been destroyed. Fedorov also tweeted a picture of a truck with Starlink receivers that had already arrived in Ukraine.

As part of the disruptions and conflict, the electric car industry is now also missing parts made in Ukraine, putting a halt to production lines in Germany, the Czech Republic and the UK.

The HPC joint venture Ionity has announced a similar move to Tesla with its Superchargers: until 31 March, charging is free at all Ionity locations in Poland, Slovakia and Hungary. In all three countries, however, the current locations tend to be in the west, in other words, not in the immediate border region with Ukraine.