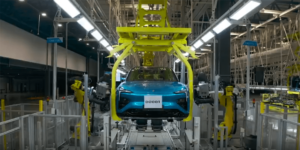 Less than a year later, Kirchert has already left the company according to the German publication Manager Magazin. Even though the start of series production of the first Hengchi 5 model was announced at the beginning of this year, the future of the company seems uncertain.