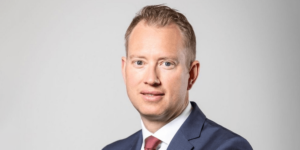 Contract manufacturer Magna Steyr is losing its CEO. According to media reports, Frank Klein is moving to the US electric car manufacturer Rivian as the new COO to get the struggling production back on track.

Frank Klein had been president of Magna Steyr since summer 2020, and his departure from the contract manufacturer comes as a surprise, according to media reports. Magna apparently said Klein wanted to take on new challenges. Before joining Magna, Klein worked for Daimler for more than 25 years.

If the information from Bloomberg is correct, the new challenge would indeed be great: according to the information, the US start-up Rivian has hired a top manager from a large automotive supplier as Chief Operating Officer. This will probably be Frank Klein, who at least has the relevant production experience – also of electric cars, for example the Jaguar I-Pace is built in Graz. At the beginning of the year, the previous Rivian COO Rod Copes resigned after less than two years.

At Rivian, the production ramp-up is not going smoothly. Although all three models – the two Rivian series R1T and R1S on one line and the Amazon delivery vehicle on a second line – are now being built, there are currently less than 200 vehicles per week. Production already had to be halted in January – only about three months after the long-awaited start of production – in order to make already important improvements to the assembly line.