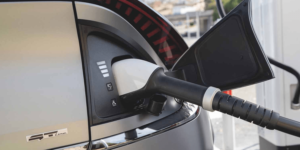 The city council of the US city of Los Angeles in the state of California has passed a motion to electrify the city’s vehicle fleet. The ‘Electric Vehicle Master Plan’ envisions electrifying more than 10,000 vehicles along with building the appropriate charging infrastructure.

The Electric Vehicle Master Plan passed unanimously on Wednesday by a vote of 12-0, introduced by Councilman Paul Krekorian and Council President Mitch O’Farrell.

“Historically, this city has the worst air quality in the nation thanks to freeways, sprawl, gas-powered vehicles,” O’Farrell said during the City Council meeting Wednesday. “The automotive age of the last century turbo-charged our descent into that dubious distinction that we all live with today, especially disadvantaged communities that bear the brunt of this degradation because of their proximity adjacent to major transportation infrastructure, thoroughfares, arterioles, freeways, underpasses.”

The target is amitious: the Los Angeles municipal fleet currently consists of only 24 electric sedans, 46 plug-in hybrid vehicles and two hybrid street sweepers. Four light electric trucks are to be delivered this year. “The city’s fleet has more than 10,000 city vehicles of various types. There’s a lot of work to be done over the course of the next few years,” O’Farrell said.

It is not clear from the reports how high the investment for the plan will be. According to NBC Los Angeles, Krekorian only says that the effort would be carried out in coordination with the LA100 initiative, which aims to be 100 per cent carbon-free by 2035.

In the last five years, the city has installed 350 electric vehicle charging stations, 140 for the city fleet and 210 for the public and city employees at 19 locations across the city. O’Farrell hopes that the city’s measures will provide an incentive for the private sector to also install charging stations.