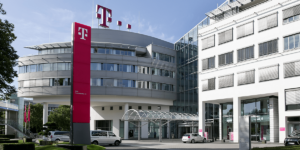 T-Systems is converting its fleet of company vehicles worldwide to electric cars starting this year. The internationally active IT services subsidiary of Deutsche Telekom plans to complete the project for the approximately 1,400 company cars in Germany by 2025.

T-Systems says the electric fleet will save 1,000 tonnes of CO2 emissions per year. This value corresponds to 36 percent of the current remaining emissions from self-generated or purchased energy, the company says.

“Our electric company vehicles will form one of the largest managed electric fleets in Germany,” comments Adel Al-Saleh, member of the Deutsche Telekom Board of Management and Managing Director of T-Systems. “Every day on the streets, you will see how serious we really are about reducing CO2 emissions.”

The German company has not yet given any indication of what kind of electric cars it will aim to procure. T-Systems says it is aiming for net zero for direct and indirect energy consumption by 2025.

At the same time, T-System wants to push ahead with the expansion of the charging infrastructure at all of its locations, where charging points are available to both employees and customers. T-Systems says it has already been using electricity from renewable energies since last year.