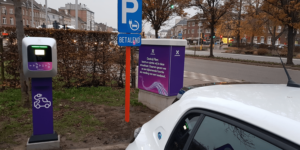 The concept follows an earlier successful pilot in Mechelen, a town in Antwerp province. In this coming scale-up, Proximus plans to initially provide several thousand new public charging points in Flanders and expand the development to the rest of the country in the next five years.

The expansion comes on the heel of Proximus rolling out fibre, which frees up space in the street cabinets. The company says it wants to re-use this spare capacity and lists advantages: electricity is already present in street cabinets, which limits the excavation work. Plus, these distribution boxes often sit in city centre locations, which makes it possible to provide access to residents who do not have charging infrastructure at home.

Proximus’ initial analysis shows that at least 4,000 locations in Flanders qualify, accounting for at least 8,000 public charging points. The company believes it could add several thousand charging points in the rest of the country.

For now, the installation will shortly start in Oudenaarde with five new charging stations. In total, Proximus aims to put in place 25 public installations this year.

As for partners, the company has yet to disclose names but said it was in advanced discussions with several potential partners who would bring the necessary complementarity regarding skills and synergies.