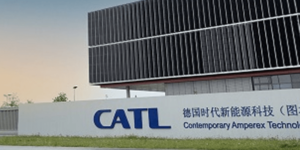 Following Nancy Pelosi’s controversial visit to Taiwan, Contemporary Amperex Technology Ltd. (CATL) has decided to postpone a decision on a factory in North America until autumn.

The word is CATL decided to postpone announcing the location for its planned factory in North America until September or October this year. Insiders said that the Taiwan visit of Nancy Pelosi, Speaker of the US House of Representatives, was the reason for the delay.

Pelosi’s move has caused a peak in the rising political tension between the United States and China. CATL’s concern, Autoblog quotes people close to the process, was that announcing an investment in the US at this sensitive time could fan the flames.

Pelosi landed in Taiwan on Tuesday as the highest-ranking US politician to visit the island in 25 years. Chinese officials have called the move “provocative” in the context of a show of power. Mainland China considers Taiwan a part of its territory.

China has since launched “military exercises” in response to Pelosi’s visit to the Taiwanese capital of Taipei. Taiwan officials claim that China launched eleven ballistic missiles into waters around the island’s northeast and southwest coasts. Other scheduled strikes meant ships were forced to re-route, with disruptions expected to have an impact on supply chains.

CATL has its headquarters in Fujian, across the Taiwan Strait from the island.

The Chinese company announced in May that they had reviewed locations in North America to produce battery cells to likely supply BMW, Ford and perhaps Tesla. News agencies said CATL had listed South Carolina and Kentucky, where BMW and Ford have assembly plants, but this remains unconfirmed.

Rumours already suggested in March that CATL was planning a large battery factory on the continent. At the time, however, there was explicit talk of Mexico and Canada also being in the running.

Any large North American plant – and multibillion-dollar investment – would join a growing list of global CATL battery factories. According to estimates from China, CATL’s installed production capacity could reach more than 670 GWh by 2025. By comparison, CATL produced cells with a volume of 170.39 GWh in 2021.

A site in North America may also become crucial. The Autoblog sources close to CATL pointed to legislation that may come in requiring EV makers to source a portion of battery minerals from or processed in a country with which the US has a free trade agreement for their vehicles to qualify for consumer incentives. The US has such an agreement with Mexico and Canada since July 2020.

Toyota threatens to pull out of the UK over combustion limits