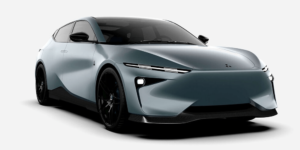 The Spanish electric car start-up Liux, founded in 2021, presents its debut model with the Animal. The crossover model is supposed to score with a reduction of individual parts and with sustainable materials and be available from the beginning of 2024 at prices starting at 39,000 euros.

However, Liux still needs capital to implement its plans. This is reported by the German publication Auto Motor und Sport. The Spanish leasing company OK Mobility is involved as a financier and potential customer, but “more capital is to be raised in further financing rounds”, the report says. If enough capital is raised, the Animal, which can already be reserved today for a deposit of 200 euros, should be manufactured from October 2023 and available from the first quarter of 2024.

Liux provides a number of technical details about the vehicle itself on its website. The vehicle will have a choice of 142 or 179 kW and battery options ranging from 46 to 92 kWh capacity. The latter results from the installation of two to four battery packs of 23 kWh each in the vehicle’s underbody. According to the Spanish, a range of 600 kilometres can be achieved with the largest battery. The company does not provide any further details on the cells used.

The top speed is said to be 200 km/h, the acceleration five seconds from 0 to 60 mph. According to “Auto Motor und Sport”, the crossover – optically between a station wagon and an SUV – will compete in the compact class. In the long term, the Animal will also be followed by a city car and a sedan.

Liux wants to create the models with a particularly sustainable approach. According to the company’s website, the vehicles, which are based on an aluminium chassis, will be “partly made of composite materials based on organic fibres and resins”. And: the number of parts and materials is to be reduced by 25 per cent through the use of “extremely simple components”. To this end, the company refers to a 3D printing process that is also supposed to shorten the manufacturing time and make the process low in energy and emissions.

Prices start at 39,000 euros for the basic model and 45,000 euros for the more powerful version. For the installation of all four battery packs, a surcharge of 9,000 euros is demanded in both cases. Later, the car will be sold exclusively online. Liux expects 5,000 cars in the first year of production. From October 2024, the number of vehicles will be increased to around 50,000.