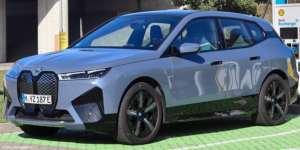 BMW primarily converts combustion engines into EVs, take the iX3, i4, iX1, i7, the list is long. Only the BMW iX stands out as it utilises an EV-only platform. The i4 convinced with the drive’s efficiency but can BMW also make a five-metre SUV efficient? We took it to the test.

After the BMW i3, there was no new purely electric model from the Munich company for a few years. It almost seemed as if the carmaker had slept through the future. But this was to change with the premiere of the i4 and iX. While the i4 was based on a combustion engine, the iX, like the i3 before it, was given its own electric platform. But: the electric SUV, like the small car, will remain a loner, setting the tone for the future today as it did then.

An elongated front bonnet and oversized kidneys (radiator grille) have become characteristic BMW features, recalling the times of six-cylinder engines that used to run under the hood. While it apparently was impossible to part with the very large two-part radiator grille, however, the bonnet of the iX is significantly shorter compared to the rest of the model range – but still quite long for a pure EV platform. By the way, there is no additional cargo space such as a frunk.

All in all, the BMW iX with its length of 4.95 metres and a width including exterior mirrors of 2.24 metres is a rather bulky contemporary, but not a space miracle. The length and wheelbase were mainly used to provide comfort to the passengers.

Design-wise, the E-SUV looks more like a “thoroughly styled study, 80 per cent of which would not make it into series production”, as a colleague of mine put it. Nevertheless, the iX is a production model and a technology flagship. BMW wanted to show “what is possible with the fifth generation of our e-drives”, as BMW development board member Frank Weber put it last year on the fringes of the iX driving presentation.

BMW’s fifth generation of electric motors does not require rare earths, a known fact since the iX3 and follow-up models such as the iX1, iX, i4 and i7. For the test car, the iX xDrive50, BMW relies on all-wheel drive with a system output of 385 kW. The maximum torque is 765 Nm. 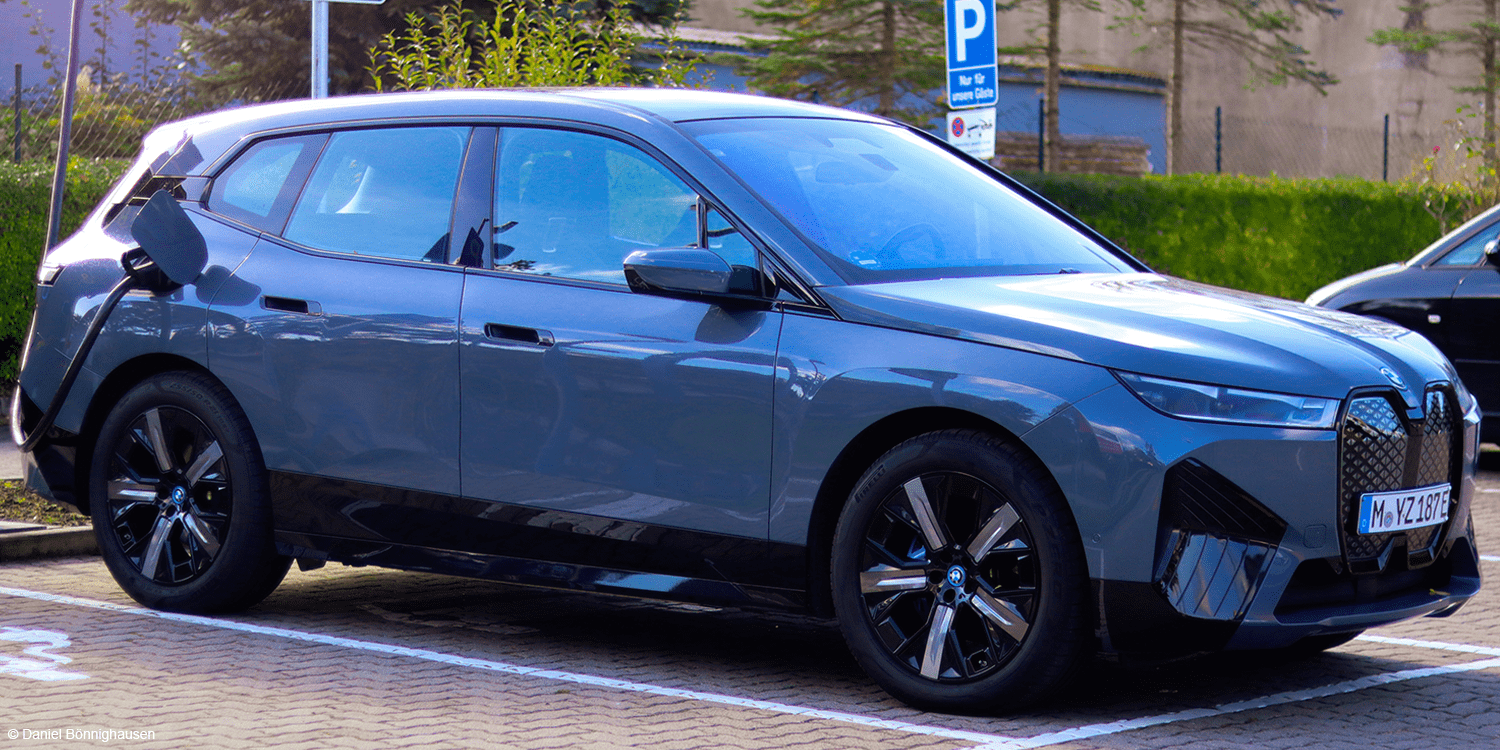 The 385 kW drive system propels the almost 2.6-ton electric SUV from zero to 100 km/h in 4.6 seconds. Up to the top speed of 200 km/h, the iX accelerates swiftly and with enormous ease, but by no means brute force. During the journey, virtually no noise penetrates the interior – you hear neither the whirring of the engines nor any great rolling noises. Such silence is very rare.

Anyone expecting an energy-guzzling vehicle with these performance data and SUV aerodynamics will be disappointed. Considering the body structure, the iX’s drive system is quite efficient, after all BMW wants to show what is possible with this model.

Expressed in data, the battery of the iX xDrive50 has a usable energy content of 107.5 kWh (111.5 kWh gross). Recently, this value was 105.2 kWh (net). A BMW spokesperson told electrive that the fifth drive generation is “far from reaching the limits of its development capacity”. Which also includes the battery.

Depending on trim, the company gives WLTP consumption figures of 21.2 to 19.5 kWh/100 km. Given the size of the battery, 590 to 633 km should be possible. In practice, this looked different: With predominant motorway journeys (over 90 per cent) at mostly guideline speeds and mild temperatures between 19 and 21 degrees, the consumption values were 21.5 to 23 kWh/100 km. This results in practical ranges of around 500 (in the better case) to 460 km (in the worse case). If you drive mainly on country roads, you can get the consumption down to just under 20 kWh/100 km, which means that ranges of 550 km and more can be possible.

BMW quotes 35 minutes for charging from ten to 80 percent (AC with 11 kW a good eleven hours from zero to 100 percent). The evaluation of our charging curve at the High Power Charger showed that the iX could be charged from ten to 50 percent within about 15 minutes. The battery temperature was apparently so good that the charging process only took about 33 minutes. Although the ambient temperature was below the optimal 23 degrees stated by BMW.

Apparently, the preconditioning did a good job on the longer route to the charging stop. However, the function is only active when the charging station has been selected as the navigation destination, not the service area or car park. However, the car manufacturer does not make it easy: if you search for “Ionity” in the navigation system, for example, the individual locations are still displayed. However, if you try to search for “Ionity Ostetal”, you will not get a suitable result. Again, the search for “Ostetal Nord” only shows the service area, but not the Ionity charging stations. On the other hand, the filtering by charging power is good, where BMW even differentiates between 150 kW, 200 kW and above. The route planning with charging stops also proved to be useful. However, as with many other manufacturers, it is not perfect.

The manufacturer has managed to provide maximum comfort in the BMW iX. The concept of the “thoroughly styled study” is also reflected in the interior – it looks more like a living room than a production car. Seats, centre armrest, interior door panels and dashboard are covered in fabric in our test car. The seats could hardly be more comfortable. They are like sitting in a TV armchair, which gives you that living room feeling even more. In the rear, things are not quite as comfortable, but still at a very high level. There is no shortage of space either, and there is also sufficient legroom.

The icing on the cake is the optional interior application ‘Clear&Bold’ for 1,150 Euros. The controls for the electric seat adjustment and the iDrive controller are made of cut glass, the surface around the iDrive controller is made of wood. Our experience with the test car without this package shows that this surcharge may be worth it. Instead of wood, the centre console around the controller is fitted with high-gloss elements. Since these are also touch-control surfaces, they must be regularly cleaned of fingerprints. The buttons or touch fields for navigation, media or telephone are only engraved and backlit lettering.

Many functions can also be selected by voice control or via the buttons on the steering wheel. All in all, the iX appears well thought-out. This also applies to the newly developed adaptive recuperation. Based on numerous data – for example, speed, distance to the vehicle in front and navigation data – the system decides whether it is currently more efficient to sail or to recuperate. In contrast to the solutions in other vehicles, this function is permanently available in the iX, not only with active route guidance or distance cruise control. The other assistants also performed very well.

The BMW iX is an almost ideal vehicle when it comes to comfort and travelling ability. What’s more, the iX can tow up to 2.5 tonnes regardless of the drive. However, all this comes at a price. BMW priced the standard iX xDrive50 at 100,100 euros. The only cheaper way to get started is with the xDrive40 for 77,300 euros, which relies on a battery with a usable energy content of 73 kWh and can thus cover 403 to 436 km according to WLTP.

BMW has released the i7 in China