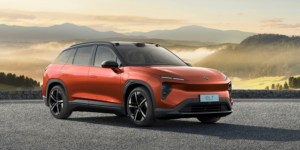 The CCS charging standard association CharIN announced a number of new members. The most prominent intake is the Chinese electric car manufacturer Nio, which recently launched in Europe, but the organisation has now also reached Dubai.

Staying in Europe first, joining the CharIN platform offered Nio “the opportunity to interact with other EV charging industry partners from Europe and worldwide to ensure end-to-end compatibility, promote interoperability, and strive for a better user experience”, according to CharIn. Hui Zhang, Nio Vice President Europe, added that “User-friendliness, innovative technology and an active community” were “the most important pillars” for the company’s success. Interestingly, the company is known for its battery-swapping stations, and it remains to be seen how or if this will integrate with CharIN.

The authority is the exclusive electricity and water provider in Dubai, the United Arab Emirates. DEWA hopes to “further build relationships in global activities related to electric vehicles,” so CharIN, and is currently ramping up the roll-out of charging stations in the Emirate.

“We are happy to join CharIN as a core member and to connect with international stakeholders and experts across the industry and enthusiasts network of e-mobility,” said Benjamin Mosler, Chief Marketing Officer of Pionix.

The top priority for CharIN is spreading the Combined Charging System (CCS) as a global standard for electric vehicles of all kinds. In addition, the association deals with more specific topics, such as V2G, the development of a megawatt truck charging standard or Plug&Charge. In the meantime, some companies from the field of inductive charging technology have joined, such as ElectReon, Momentum Dynamics and WiTricity. Other prominent members include Tesla – although CharIn has reservations over the company’s recent activities in North America – Volkswagen’s Electrify America, Volvo Trucks, ABB and many more.