Video tip: The Formula E is starting to make some noise – marketing wise – and filmed Lucas di Grassi taking a ride down the legendary strip of Las Vegas.
youtube.com (Video)

Study tip: Researchers from the University of Michigan and the Rochester Institute of Technology criticise the Obama Administration for a failed PEV promotion. Instead of simply focusing on mainstream consumers, they suggest more strategic and cost-effective incentives.
greencarcongress.com

Fisker back in court: A new offer by the Wanxiang Group could see the sale of Fisker being turned around at the last minute. The new bid of 24.75 million USD (18.17 million euros) by the owners of A123 is favoured by creditors and investors. Fisker, however, would like the court to approve the original offer of Richard Li, as they blame Wanxiang for being partly responsible for their bankruptcy.
greencarreports.com, green.autoblog.com

Updated Sport quattro: Audi is debuting a new and powerful plug-in hybrid car at this year‘s Consumer Electronics Show (CES) in Las Vegas. Apart from a special headlight system, the Sport quattro laserlight concept features an electric motor with 110 kW powered by a 14.1 kWh battery pack that lasts for a 30 miles of electric driving.
plugincars.com, autoblog.com Lincoln MKZ Hybrid recall: 7,153 MKZ Hybrid cars assembled between April 2012 and September 2013 are being recalled in the USA. According to a notice by the NHTSA, an error in production could cause the automatic car to shift out of ‘Park’ without the driver depressing the brake pedal before.
greencarreports.com, autoblog.com

Test ride the BMW i8: Greg Kable got his hands on a prototype of the upcoming BMW plug-in hybrid and tested it on the Miramas track in France. After extensively trying all driving modes while going through all kinds of curves and situations, Kable has no doubts about where the i8 belongs: „Driving it, is definitely new world“.
autoweek.com

The Chevrolet Volt is with 23,094 sales the most sold PHEV in the U.S. last year. The Nissan Leaf follows closely with 22,610 units sold in 2013 with its best month ever in December (2,529).
electriccarsreport.com, green.autoblog.com

Sunny side up: Ford is to reveal its C-Max Energi as “Solar Concept” at the CES. The new PHEV features a so-called „solar concentrator“ that works like a magnifying glass. When parked under this canopy, focused sun-rays hit solar cells in the roof of the vehicle and charge the plug-in hybrid while the car autonomously follows the way of the sun rays. So far, the solar concept is not set for production.
plugincars.com, youtube.com (Video)

Elio Motors trike debut: The company presents its new three-wheeler at this year‘s Consumer Electronics Show in Las Vegas. The high-efficiency gas-powered vehicle is said to cost 6,800 USD (4,990 euros) and is scheduled for early 2015. Later versions might feature an electric motor.
green.autoblog.com

Peter Schmidt, editor of the British newsletter Automotive Industry Data (AID), is not impressed by the trickling sales of the new electric BMW. He had expected a run on the i3 following the massive marketing campaign preceding the launch.
forbes.com

Click tip: Plans for a network of elevated cycle paths in London just got rejuvenated by star-architect Sir Norman Foster. The SkyCycle could channel up to 12,000 cyclist high above traffic.
thesundaytimes.co.uk

Video tip: In this mini movie by AutoMotoTV you can see the Honda MC beta in action in some Asian city. Commentary is missing, so sunny weather and uplifting music are all you get, to imagine what it must be like to drive this electric city car.
youtube.com (Video)

Welcome to a new edition of “electrive.com today”, the new industry service for electric mobility – Made in Germany! Here are the top news and innovations this monday:

Audi’s big plans for the future: The German carmaker will invest 22 billion euros (30 billion USD ) in new models until 2018, thus expanding its range from currently 49 to 60 products. Already, Audi has trademarked new model names like SQ2, SQ4, and Q9 as well as f-tron. The latter indicates that there might be a fuel-cell powered Audi in the future.
greencarcongress.com, autoblog.com, hybridcars.com

Speculations about GM buying Tesla: A trading analyst told CNBC that General Motors or other established car manufacturers might show an interest in the Californians already in 2014. Tesla CEO Elon Musk has so far denied any plans to repeat his move from 2002 when he sold PayPal to eBay.
usatoday.com, forbes.com, hybridcars.com

New Mitsubishi hybrids for the USA: The Japanese want to bring a new Evo, which is supposed to not have anything to do with the current Lancer to the U.S. market no later than 2017. By then there will also be a new PHEV version of the Pajero (Montero in Europe). The start of the new Outlander PHEV however, is delayed until 2015 due to delivery problems at Mitsubishi’s battery supplier Lithium Energy Japan (LEJ).
autoblog.com (Evo), autoblog.com (Pajero/ Montero), autonews.com (Outlander)

Tesla rating revisited: The Model S was the highest-rated car Consumer Report (CR) tested (99 out of 100 points). After one year and 11,380 miles (18,500 km) driven, the testers noticed a few minor flaws with the avg. range being “only” 225 miles (362 km) and range losses when using the air con or not charging for more than a day. However, CR is still „impressed by the quiet glide and instant and irresistible power“ of their Tesla.
green.autoblog.com, consumerreports.org

Tesla posted good news when saying that 2.1 million kWh had so far been “delivered” by Superchargers. This equates to about 9.6 million miles (6 million km) charged.
insideevs.com 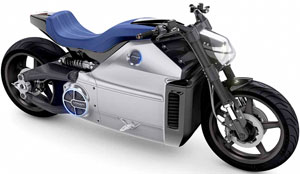