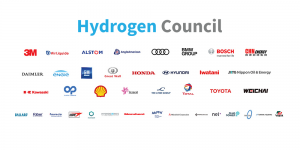 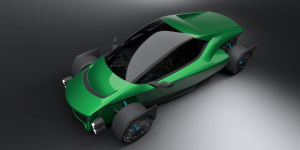 Miss R – a 1 MW super sports car made in Taiwan

Start-up Xing Mobility presents an all-electric super car dubbed Miss R and wants it to be ready for serial production by late 2018. Well, “serial” refers to a limited edition of 20 units that shall hit the road by 2019. 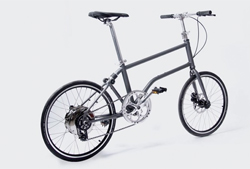 Preheated battery: Researchers from Penn State University have developed the all-climate battery (ACB), a Li-ion battery that warms itself in cold environments to keep performance steady. When temperatures drop below zero, an integrated temperature sensor reroutes current through nickel foil, warming the battery through resistance heating. Once it reaches non-freezing temperatures, the heating switches off. The amount of energy used for the warm-up is said to be very small.
nature.com, gizmag.com, greencarcongress.com

Ahead of its Chicago debut, Kia revealed new details about its dedicated Niro PHEV. The on sale date is set for late 2016. It will be powered by a 1.6-liter gasoline engine coupled with a 32 kW electric motor. A plug-in hybrid variant will follow at a later stage.
autonews.com

Inconclusive: A recent fire of a Tesla Model S in Norway was not caused by the Supercharger it was connected to, an investigation concludes. Yet, what exactly has sparked the EV to go up in flame remains unclear, as the car burnt to the ground.
autoblog.com, ecomento.com

Tape a magnet: 3M introduced a new magnet bonding adhesive system designed to provide electric motor designers and engineers with a less sticky tool for attaching magnets to rotors and stators in permanent magnet electric motors. The new adhesive is a tape rather than liquid glue.
greencarcongress.com

Faster charger: Huawei presented a new Li-ion battery at the Battery Symposium in Japan, said to charge ten times faster than current variants, reaching 68% capacity in two minutes. According to Huawei, this is made possible by bonding heteroatoms to graphite anodes, saying the technology could revolutionize the EV market.
huawei.com

Fool’s gold battery: Researchers from Empa and ETH Zurich have developed a battery made from iron, sulfur, sodium and magnesium, a combination also referred to as “fool’s gold.” The elements are more abundant and cheaper than lithium and especially fit for stationary batteries. So far, however, they are not powerful enough for electric cars.
idw-online.de, phys.org

Plug Power and 3M sign supply agreement: The latter will deliver membrane electrode assemblies (MEAs) for Plug Power’s proton exchange membrane (PEM) fuel cell stacks. These will be built in the facilities in Latham, NY and Spokane, WA, and will be ready for delivery before the end of the year.
globenewswire.com