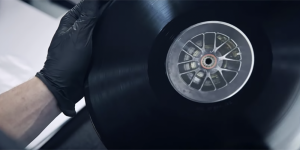 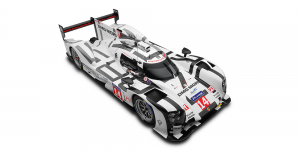 Porsche is offering a 1:8 scale model of their Le Mans 919 Hybrid race car. While the mini-racer looks great, it does come as a surprise that the toy racer has almost sold out on the website, as the price-tag for the model is set at $14,689.

Space-saving e-drive: Siemens developed the integrated drive unit Sivetec MSA 3300 on the basis of a series electric motor and adapted the housing in such a way that the inverter could be integrated into the motor. The solution’s key feature is the use of a common cooling system for both components. This ensures that the inverter’s power electronics don’t get too hot despite their proximity to the electric motor
greencarcongress.com, electriccarsreport.com, siemens.com

Malaysian cooperation: Platinum Nanochem and Sync R&D announced a development partnership for graphene-based li-ion batteries for a Malaysian e-bus project which aims to launch 50 e-buses in the country. A prototype of the battery is slated for completion in 2016.
greencarcongress.com

Wireless drive for EVs: Japanese inventors have demonstrated how EVs might get topped up with additional juice via radio waves, with power drawn using steel bands in the tires. The advantage: It could reduce battery sizes. The disadvantage: Metal tracks would need to be embedded in the roads.
gizmodo.com, gizmag.com, tut.ac.jp

Multifunctional command center: Glistening with no fewer than 24 buttons and switches mounted on the front and six paddles on the back, the only mundane task left for the WEC Porsche 919 Hybrid race car’s steering wheel is for the driver to use it to steer the car in the right direction.
hybridcars.com, puregreencars.com