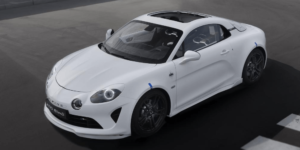 Renault’s sports car brand Alpine gives a glimpse of its electric future with a concept car. The Alpine A110 E-ternité is based on the brand’s combustion sports car, but has been rebuilt for the study as an all-electric open sports car with 178 kW of power. 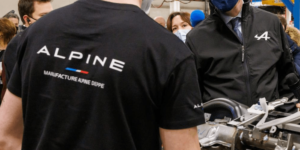 Renault’s Alpine sports car brand will produce its all-electric GT X-Over model at the Dieppe plant from 2025. The electric crossover will be based on the Renault-Nissan-Mitsubishi alliance’s CMF-EV platform, which is specifically designed for electric vehicles.

Renault aims to become an all-electric car brand in Europe by 2030. This applies not only to the Renault brand, but to Groupe Renault – including brands such as Alpine and Dacia. For its budget brand, however, Renault is leaving a back door open. 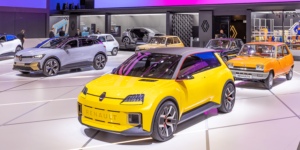 Renault has reached an agreement with trade unions on a three-year plan to employ and retain plants in France. According to the agreement, Renault will produce nine new models, most of which are purely electric, in France – with the aim of producing more than 700,000 units per year. 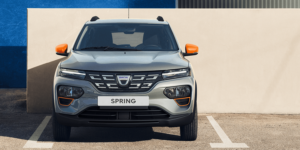 Renault opposes the EU Commission’s Fit for 55 climate package, which will effectively ban new cars with combustion engines, including hybrids, in the EU from 2035.

It had already been on the horizon, but now it is confirmed: Renault development head Gilles le Borgne has announced that Renault will launch a more powerful Alpine offshoot of the electric R5. A specific performance has also been mentioned. 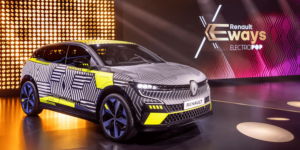 Renault is accelerating its electric strategy and has presented a comprehensive strategy package under the name ‘Renault Eways Electropop’. This not only includes new sales targets, but also further details on the French company’s platform and technology strategy. 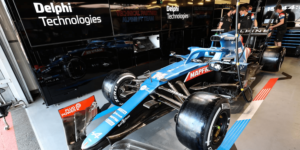 Renault CEO Luca de Meo set new targets for the electrification of the brand in Europe at the annual general meeting. In 2025, the share of electrified passenger cars should be 65 per cent. By 2030, the goal is a share of at least 90 per. 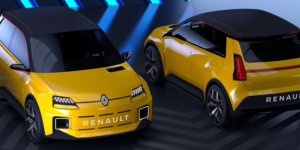 Renault is indeed planning a production version of its recently unveiled all-electric Renault 5 concept. Renault will base the 5 on the new CMF-B EV platform for electric compact vehicles and will build the EV at the Douai plant near Lille, France from 2023.

Honda’s hybrid from October: Tokyo will see the premier of Honda’s dedicated hybrid this autumn at the Motor Show before sales will start by 2018. It marks a reload of the company’s electrification efforts, that got off to an early start in 1999 with the Insight but have been rather lame in the years between. However, Honda is working on a long-range EV as well and got the Clarity left, after discontinuing both the Fit EV and the Insight. It can be hoped for the coming standalone hybrid to venture a bit further from mainstream to appeal. Details and most of all images are scarce but Honda did say it wants to settle production in the States.
caranddriver.com, carscoops.com

Model 2: Geely’s dedicated electric brand Lynk & Co is about to unveil its third model. It sits between the SUV simply dubbed 01 and the sedan 03 so consequently no. 02 will be a crossover. The 01 SUV is set for launch before the year’s end in China before Europe and the USA will follow by mid-2019.
autoexpress.co.uk

Bosch eBike Systems ventures into the land of pedelec pioneers Yamaha and Panasonic and wants to introduce its electric bicycle offering at the Tokyo Motor Show this autumn. Japan is the third presence in the Asia-Pacific region for Bosch after Australia and New Zealand. The chosen local service partner is Intertec and only the Active Line Plus qualifies for Japanese e-bike regulation as well as a market that traditionally values comfort over peak performance.
bosch-presse.de

BorgWarner to swallow Sevcon: British maker of components for electrified vehicles aka Sevcon is about to be acquired by BorgWarner for 200m dollars allegedly. The merger has definitely been agreed and may be completed this year if all shareholders agree.
globenewswire.com

The SUV flood is about to swamp even Renault’s sports label Alpine comes 2019. At least, a PHEV and possibly EV variant is likely as well, Autoexpress suggests.
autoexpress.co.uk