The German Federal Ministry of Digital Affairs and Transport (BMDV) has handed over funding certificates to 41 more public transport authorities. With these commitments, around 1,200 additional low- and zero-emission buses are to be procured and put into operation across the country. 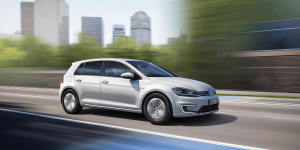 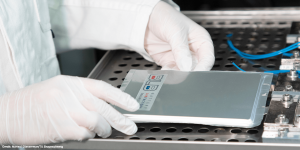 Volkswagen realigns its global component unit “with a view to ensuring a coordinated entry to e-mobility,” reads their latest release. All component making units are thus to form one independent corporate entity under the umbrella of Volkswagen AG from January 2019.

The VW factory in Braunschweig has been chosen to develop and produce battery systems on the company’s MEB platform. VW is speaking of the bundling of battery competencies for all of Europe in Braunschweig and to set an example for global production too.

Volkswagen is about to kick-off construction of a second production building to manufacture EV battery systems in Braunschweig, Germany, according to a report of the “Hannoverschen Allgemeinen”.

A total of 1.99 million hybrid and electric cars were sold globally in 2015, according to the Korea Automotive Research Institute. Toyota takes the crown with 1.08m sales (Prius), followed by Honda (231,000), Renault-Nissan (81,000) and Hyundai-Kia with 73,592 eco-friendly cars.
yonhapnews.co.kr 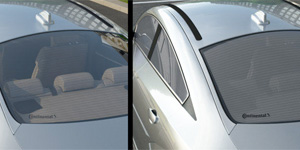 Intelligent car windows: At the CES in Las Vegas, Continental will present its “Intelligent Glass Control” that can darken windows at the touch of a button. The technology increases road safety by automatic reducing sun glare. It can also increase EV range by about 5.5 percent or cut CO2 emission by four grams/km by reducing the interior temperature, thus curbing the amount of energy needed for air conditioning.
greencarcongress.com, dailymail.co.uk

Battery recycling plant: The Technical University Braunschweig unveiled a demonstration plant, where used EV batteries are discharged and disassembled. The new, patented process achieves recycling rates of over 75 percent versus less than 60% for existing processes. Recovered materials such as lithium or cobalt can be used in the production of new batteries.
automobil-produktion.de, idw-online.de (articles in German)

Italian miracle kit: Sicily-based start-up Newtron developed a hybrid kit that can be installed in any vehicle within 30 minutes, regardless of the kind of combustion engine. The company claims the kit reduces fuel consumption by 90 percent and increases top speed. For a conventional Fiat Cinquecento, the kit is said to cost 10,000 euros plus 6,800 euros for certification.
deutsche-mittelstands-nachrichten.de (in German)

Tesla expands leasing: Tesla now expanded its partnership with Sixt Leasing from Germany to Switzerland. Swiss Tesla fans can get the Model S from 810 to 950 francs (920-1,070 dollars) per month, depending on the mileage cap.
wallstreet-online.de

EV for car club in Scotland: The Edinburgh Centre for Carbon Innovation together with the City Car Club has launched the first car club electric vehicle in Edinburgh’s Old Town. Three more electric cars to share are set to follow soon.
fleetnews.co.uk

Inductively charging e-bus: In Braunschweig, Germany, the ‘Solaris’ e-bus by Vossloh Kiepe is now in service using Bombardier’s inductive charging system Primove. The vehicle is part of the project ‘EMIL’ (we reported). From October, four more e-buses will follow.
greencarcongress.com

India to ‘decentivise’ diesels: The Indian government has plans to put an additional 30% environment compensation charge on diesel vehicles. At the same time, emission norms might be tightened to follow the European legislation.
eco-business.com

First UK supercharger? Transport Evolved has published a spyshot of what they believe to be one of the first Tesla superchargers in the UK. The charging posts, which are still covered up, are located at South Mimms motorway services on the M25 motorway that orbits London.
transportevolved.com