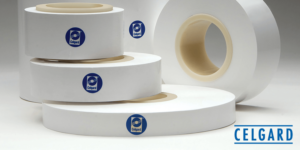 Celgard separators for ABF’s LFP batteries in the US

Separator manufacturer Celgard has entered into a strategic cooperation agreement with American Battery Factory (ABF). Celgard will supply 100 per cent of ABF’s demand for separators for LFP battery cells in the US.

Future or faux? Neutrino Inc. announces that it has developed a battery, allowing an EV to go as far as 2,ooo km on one charge. Moreover, it is said to recharge itself (no plug needed), due to a combination of Neutrino and nano technology. More details are being kept under lock and key due to patent issues, but will be revealed in the coming weeks. The battery itself could become available in 2016 or 2017.
focus.de (in German), neutrino-inc.com

New research centre in the UK: The Advanced Propulsion Centre at the University of Warwick has opened for business. It was financed by British government, Jaguar Land Rover, Bentley, BMW, Ford and Nissan (we reported), and will also serve as a production site for electric motors.
businessgreen.com, home.bt.com

Celgard – Panasonic agreement: The two companies have signed a letter of intent to work together in developing the next generation of Li-ion battery Celgard seperators. If the project is successful, the companies could sign a long-term agreement.
greencarcongress.com, japantimes.co.jp

GKN ramps up Gyrodrive production: GKN Land Systems has announced that it is increasing production of its Gyrodrive flywheel hybrid system.The reason, the company says, is that recent trials in i.e. London have proven that the technology is the first “to make economic sense” for bus operators.
transportengineer.org.uk, greencarcongress.com

Most clicked link on Thursday was the new Piaggio electric bike project that was recently revealed at the EICMA show in Milan, Italy.
ebike.piaggio.com 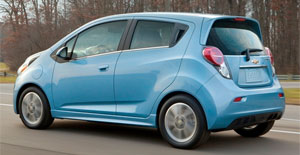 Meet the new E-Spark: The 2015 Chevy Spark EV will get a new battery pack solely produced at GM’s Brownstown facility. The new system is said to be 39 kilos lighter and features an overall storage capacity of 19 kWh using 192 lithium ion cells by LG Chem. The range of the Spark will remain at an EPA-rated 82 miles.
greencarcongress.com, electriccarsreport.com

Mini-car turned e-bike: The legendary Messerschmitt has been reborn as ‘Veloschmitt’ – now a pedal-assisted e-trike. The two-seater comes with a 250 W pedelec drive and will sell for 5,200 euros. According to its German designers, motors with up to 1,500 watts might be made available soon.
gizmag.com

Lightning fast and strong as a thunderstorm, yet legal, is what Lightning Motorcycles strives its electric superbike to be. So far, only a teaser image has been presented of the LS-218, which is supposed to come with the power of 136 kW and 228 Nm of torque.
green.autoblog.com

Separator cooperation: Polypore International’s Celgard subsidiary and Panasonic have announced a five-year supply agreement. Panasonic will purchase Celgard brand separators for its EV lithium-ion batteries. As the companies have been working together in the past, the agreement now is its a formalisation.
chargedevs.com 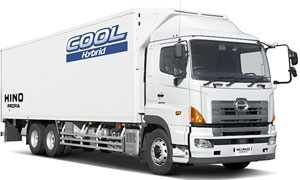