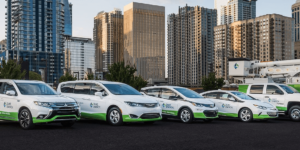 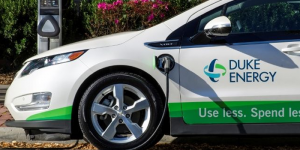 Duke Energy plans to install a network of 530 electric car charging stations in Florida. The utility is working with communities to install the units for public use in multi-unit dwellings, workplaces and other busy locations and is currently taking applications.

Future bus put to test: Mercedes presented its autonomous CityPilot Bus in Amsterdam. The vehicle drove itself over 20 km at an average speed of 70 kph. Stops for imaginary passengers were part of the demo. The bus avoided collisions with cars and pedestrians in its separate lane successfully. Daimler plans to go into serial production by 2020. An electric version is likely but as of yet unconfirmed.
carscoops.com

Charging Canada: Ontario province will set up a network of 500 new EV charging stations, including 84 fast-charging stops. The chargers shall be installed at stores and offices by March 2017. The 24m dollar programme includes partners like McDonald’s and Ikea or the airport.
thestar.com

Supercharging Canada is Tesla who just installed another two of its fast-charging stations in Montreal and Magog in Québec. Those join the existing nine Superchargers in Eastern Canada.
electrek.co

Rent a Prius: Hertz Mexico adds Toyota’s hybrid bestseller to its rental line-up. The 2016 Toyota Prius is available at all stations in Mexico City as part of Hertz’ Green Collection scheme.
news.sys-con.com

Crime and punishment: Utility Duke Energy has earmarked 1.5m dollars for charging stations in North Carolina. 1m will be reserved for cities and towns wanting to install chargers for cars, the rest for municipalities looking to set up charging for electric buses. The investment is part of a lawsuit settlement with the state, which accused the utility of illicit smokestack pollution.
washingtontimes.com, prnewswire.com

New charge to charge: After earning much criticism for its newly introduced flat rate at fast-chargers along Britain’s motorways, charge point operator Ecotricity has adjusted its rates. Originally asking 5 pounds per 20-minute charge, it will now cost EV drivers 6 pounds to plug-in for 30 minutes.
insideevs.com

Strong hybrids for police: Ukrainian police have ordered a total of 651 Mitsubishi Outlander PHEV to replace its (very) old fleet and help the country comply with the Kyoto Protocol.
insideevs.com, censor.net.ua

20 percent EV: The Indian government wants to electrify 20 percent of its own fleet, as well encourage taxi drivers to invest in electric vehicles. Mahindra is probably already waiting by the phone.
cardekho.com

Electric driving in Shanghai: Some 1,700 EV charging points will be set up in the Shanghai district of Songjiang before the end of the year. It will also benefit the 100 EV strong carsharing scheme in the area.
shanghaidaily.com