California-based battery start-up Enevate, backed by manufacturer alliance Renault, Nissan and Mitsubishi, has signed a production licensing agreement with EnerTech International for the planned commercialisation of its silicon-dominated anode technology XFC-Energy in 2022.

California’s battery startup Enevate, backed by Renault, Nissan and Mitsubishi, has raised a further 81 million US dollars in a new round of financing. The company is focusing on lithium-ion cells with silicon-dominated anode technology.

Enevate announces the next generation of batteries

The Californian battery startup Enevate has announced a new generation of its lithium-ion cells, which will also be produced in large quantities is to be installed in series-produced cars in a few years time. The specified charging speeds sound impressive.

The alliance of manufacturers Renault, Nissan and Mitsubishi, has invested in the Californian battery startup Enevate via its venture capital subsidiary Alliance Ventures. The amount of the strategic investment is not known. 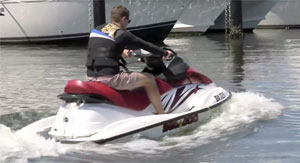 Brembo traction for EVs: Brembo presented their concept for autonomous vehicles at the IAA in Frankfurt. It comes with four in-wheel permanent magnet electric motors and light-weight brakes. The controller will coordinate traction and regeneration, resulting in high efficiency. Brembo participates in the EU-LIVE project (Efficient Urban Light Vehicles).
brembo.com

Samsung batteries for Bentley: Volkswagen named Samsung SDI as the supplier of batteries for the new Bentley Bentayga, the carmaker’s first plug-in hybrid luxury SUV. Samsung is in competition with LG in this market, but declined to comment on any customers.
yonhapnews.co.kr