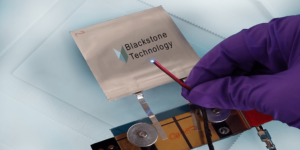 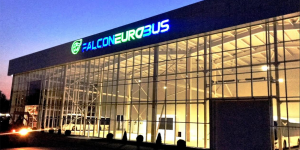 Berlin-based busmaker Eurabus has announced plans to open an assembly plant in Almaty, Kazakhstan by the end of this year. They plan to produce up to 100 electric buses per year there. The first completed models are expected in autumn 2019.

20m pounds for V2G: The British government reserves funds of 20m pounds for Vehicle-to-Grid research projects as it aims to create a smart grid while increasing the number of EVs at the same time. The tender is to open in due course with winners to be named by December for projects to start in early 2018. The fund will pay for feasibility studies, development of charging equipment and trials around the country, so expect energy companies, car makers and local authorities to compete.
theguardian.com, gov.uk

Robo cabs made in Germany: Mercedes and Bosch affirm their cooperation and want to start testing autonomous electric taxis on German roads in less than twelve months. There will be a driver on board at the beginning but Bosch believes it will reach mass market adoption by 2022.
heise.de (in German)

Bright numbers: Berlin-based busmaker Eurabus says it has crashed the threshold of 1,000 electric buses and written over 1,400 orders but not from local clients. Instead the light-weight Eurabus 3.0 is headed for Azerbaijan, Kazakhstan, and Mexico soon after the start of production at the year’s end. Kazakhstan alone is expecting 700 electric buses and Azerbaijan another 500 over the next three years. While Eurabus delivers ready-made buses at the moment, assembly plants will be set up in the countries of destination over time.
electrive.net (in German)

Tesla masterplan: CEO Elon Musk announced a new “masterplan” for the EV maker, as the current one went only from the Roadster to the Model 3. Possibilities are of course endless and Musk did not hint in which direction he wants to go, but it’s clearly a move to keep investors interested. Meanwhile, Tesla started on a three month “Electric Road Trip” around the world to meet enthusiasts and promote its EVs.
twitter.com, electrek.co (Masterplan), electrek.co (Electric Road Trip)

Keeping diesel at the gate: A number of German cities like Berlin, Munich and Stuttgart would like to ban diesel cars in certain zones and implement a blue pollution badge. The problem: so far there is no legal basis for them to keep polluters out, but Germany’s Environment Ministry hopes to agree on the details for the badge before autumn.
automobilwoche.de, heise.de (articles in German)

Electric Mulsanne: The Bentley’s V8 could be replaced with an electric drivetrain, according to Autocar, mainly because China is tightening legislation. It looks like going “full electric will be the only way” to still sell cars in some Chinese cities in the near future, says Bentley’s product manager Holzgartner -a trend that could catch on in Europe.
autocar.co.uk

German buses from Azerbaijan: Eurabus has signed a deal to assemble its electric buses in Ganja in Azerbaijan in the future. The electric drivetrain for the 12-metre-long bus will be delivered by German company Ziehl-Abegg Automotive GmbH.
azernews.az

New Nissan hybrid: Without much fanfare, Nissan now added the Murano Hybrid to its offering in the U.S. Only the SL and Platinum models are available with a hybrid drivetrain that will cost customers an extra 3,000 dollars. Moreover, only about 600 hybrid units will be made available.
hybridcars.com, caranddriver.com

Test driving Toyota: Both Autoblog and Green Car Reports took the Prius Prime for a spin. The latter hails the fact that one can now lock in the EV Mode, so “your carefully planned, fossil-fuel-free day” will no longer be ruined when stepping on the accelerator. Autoblog is especially taken by the redesign, but says that it will have a hard time competing with real EVs.
autoblog.com, greencarreports.com

Nissan Leaf success story: In one year, C&C Taxis from St. Austell, UK, logged no less than 150,000 miles with their five Nissan Leafs. On average, each car is able to make 40 runs per day, thanks to the company’s own DC quick charger – the only one in Cornwall. Compared to the previous diesel taxis, the company has saved 40,000 pounds (68,000 dollars) on fuel bills.
thegreencarwebsite.co.uk, fleetnews.co.uk

DriveNow takes the streets of San Fransisco: BMW’s carsharing service offer street parking in selected neighbourhoods across the Californian city, starting in the Mission District. It will also add another 80 all-electric ActiveE vehicles to its fleet there. DriveNow members can even vote on names for the newcomers.
electriccarsreport.com

Car2go Italy: As of May 14th, Car2go will be available in another Italian city – Florence. So far, the Daimler carsharing service operates in Milan and Rome and with its new addition has conquered a total of 27 cities worldwide. However, Amsterdam, San Diego and Stuttgart remain the only cities with electric Car2gos.
auto.it (in Italian)

Electric Eurabus: Public transport operator KViP from Pinnerberg, Germany, just leased the latest model of the Eurabus 2.0-300. The 12-metre electric bus from Chinese manufacturer Tewoo has been modified by Berlin-based Eurabus GmbH to meet European specifications. The bus’ battery has a capacity of 314 kWh, enabling a range of more than 250 kilometres when in service.
prignitzer-leasing.de (in German)