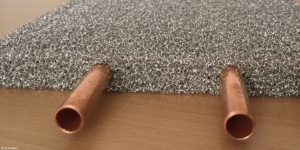 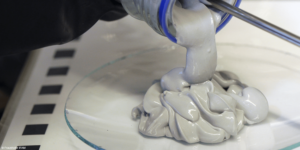 Researchers at the Fraunhofer Institute for Manufacturing Technology and Advanced Materials IFAM in Dresden have developed a paste for hydrogen storage. The institute is calling the mass “power paste”.

Ion behaviour: Researchers from Cambridge and Toulouse have developed a new method to visualize the behaviour of ions during the charging process of a supercapacitor, using nuclear magnetic resonance (NMR). The technique could be used to improve supercapacitors for i.e. electric vehicles.
phys.org, nanowerk.com

Armored hybrids: Efficient Drivetrains and North American Repower will convert six armored trucks operated by Sectran Security into PHEV vehicles that run on electricity and renewable natural gas. With the modernized trucks, Sectran can eliminate engine idling by operating in all-electric mode during stop-and-go operations on urban routes and in hybrid-mode during highway operations.
greencarcongress.com

Fraunhofer IFAM gets more room: Fraunhofer Institute for Manufacturing Technology and Advanced Materials IFAM recently inaugurated an extension of its research facility in the German city of Bremen. At approximately 6,200 square meters, reserchers will i.e. work on advanced electric powertrains and material science solutions for future batteries, in particular the development of solid-state batteries.
idw-online.de (in German)

Most clicked link on Thursday was the report on the BMW i5, which is said to become available both as an all-electric and a plug-in hybrid version.
automobilemag.com