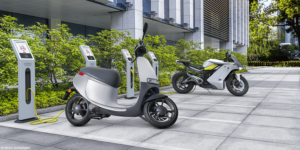 The German automotive supplier Vitesco Technologies has just presented system solutions for 48-volt electric drives for two-wheelers for the first time at the Milan motorbike trade fair EICMA 2021. A demonstration model of a hybrid motorbike will also be on display.

Better, faster charging? Nucleus Scientific says its ‘Intelligent Energy System’ will revolutionise the way energy is stored and transferred. A prototype power bank for electric scooters charges the latter in just 12 minutes for a 10-km ride. The technology could soon be used to charge hybrid or electric cars in the same time it would take to refuel a conventional car. The technology relies on real-time monitoring of the battery.
techcrunch.com

Semiconductor production to triple: Infineon will triple production capacity for semiconductors used in hybrid and electric vehicles at its Warstein-Belecke facility in Germany due to high demand. The factory had only recently reached the million-milestone with its HybridPACKTM. Until 2017, the company will invest tenths of millions of euros in the expansion.
soester-anzeiger.de (in German)

GAN Systems has won 20 million dollars through venture capital financing for its gallium nitride power switching semiconductor business. The money will be used to expand production and to increase marketing and sales efforts.
marketwatch.com

Most clicked link on Thursday was our exclusive video interview with Juha Stenberg, Managing Director of Finnish infrastructure provider Ensto Chago, who talks about how charging will become ever faster but without killing the demand for 20 kWh systems.
electrive.com 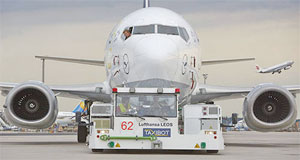 TaxiBot in operation: The hybrid tow tractor which had been tested at Frankfurt Airport since last year (we reported) is now being used in real flight operations. The 800-hp TaxiBot is soon to be developed into an even stronger model, able to tow a Boeing 747 or Airbus A380.
airportsinternational.com

Finnish fuel cell research: A team at Aalto University has developed a new electrocatalyst for fuel cells, which is said to be as efficient as platinum but more cost-effective. It is made from iron and carbon as well as graphene.
hydrogenfuelnews.com, sciencedaily.com

EV battery prize: The UK government will launch a new competition worth 10 million pounds this April for innovations in battery design for the next generation of ultra-low emission vehicles (ULEV). A winner is to be named already this summer.
yahoo.com, huffingtonpost.co.uk

Canada invests in clean tech: GaN Systems from Ottawa has been rewarded 2,188,000 dollars by the government to maximise the efficiency of EV chargers connected to smart grids. The grant is part of an investment round totalling over 26.8 million dollars going to clean tech companies.
techvibes.com 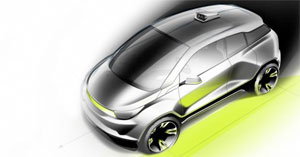 New Rinspeed EV: The Swiss company released first details of its “Budii” concept which is set to debut at the 2015 Geneva Motor Show. The electric car will enable autonomous driving as well as conventional steering aided by a robot arm and is designed to “learn from experiences”.
worldcarfans.com

Volvo XC90 plug-in technology: Many of the XC90 T8’s powertrain features have been optimised specifically for hybrid technology. A choice of five drive modes goes from hybrid to pure electric to battery save mode while the AWD is on demand. The electric range is given with more than 40 km (25 miles).
greencarcongress.com, electriccarsreport.com, transportevolved.com

Connecting Canada with Japan: Canadian GaN Systems, a producer of gallium nitride based power switching semiconductors, has assigned Japanese Daito Electron (Daitron) to distribute its products in Japan and Korea. GaN is looking to expand its business in the automotive and industrial sectors.
compoundsemiconductor.net

Most clicked link on Monday was Donald Sadoway, Professor of Materials Chemistry at the MIT, saying that fuel cells are “a dead end technology and the manufacturers are foolishly wasting their time.”
forbes.com