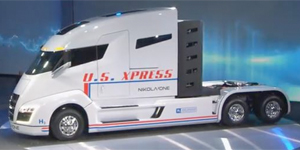 Is China pushing LG Chem out? It seems EV battery makers will only be certified in China, if they can produce 8 GWh there a year. That would leave out Korean manufactures like Samsung SDI, LG Chem and SK Innovation. And without certification, respective EVs will not qualify for subsidies in China.
pulsenews.co.kr

Li-ion under the microscope: Together with Japanese universities, Toyota may have developed the first method to observe lithium-ions during the charging and discharging process. It will be used to develop better layouts. Maybe it will already help with the design of a new EV battery announced for 2019/2020 that will offer 15 percent more range and durability.
reuters.com, forbes.com

Going all the way: The serial production version of Indian Mean Metal Motors’ M-Zero (we reported) will not be released as a hybrid, but as a fully-electric car. To produce the first two prototypes, MMM is partnering with Italian Tazzari Group. They are expected to launch in 2018, while limited production could kick off in 2019.
ndtv.com

Gone in under three seconds: Canadian start-up Girfalco released first teaser images of its three-wheeled electric car Azkarra. While there are no technical details, it is said to become of the five fasted production cars, potentially going from 0 to 100 kph in less than three seconds. The unveiling is scheduled for December 2nd, with first deliveries to take place early 2017.
motorauthority.com