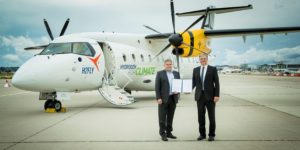 Hybrid hypercar confirmed: Daimler AMG is indeed working on a hybrid racer with a 735 kW/ 1,000 hp motor from the F1, development chief Thomas Weber revealed. He brought a sketch to Paris that shows a GT racer. The price is estimated to be beyond the million.
carscoops.com 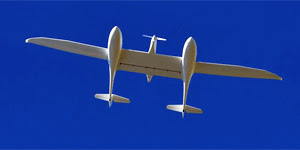 Hydrogen maiden flight: The DLR let its fuel cell plane loose this week as planned. The HY4 took to the air for the first time and the German Aerospace Center now plans to improve the four seater so it will eventually be able to carry up to 19 passengers.
dlr.de

It is McLaren that will deliver batteries for the Formula E from season 5 for two years until 2019/20. McLaren will thus take over from Williams Advanced Engineering.
electricautosport.com, reuters.com