BYD confirms Hungarian facility: The Chinese manufacturer is pouring 20m euros into an assembly facility for electric buses and forklifts in Komárom in northern Hungary. Doors are said to open in the first quarter of 2017, after which the factory will churn out 400 EVs per year. The name “BYD Electric Bus & Truck Hungary” suggests that it could also produce electric trucks in the future.
masstransitmag.com, automotiveworld.com

Tesla conquers new frontiers: The California EV pioneer will offer its Model X in New Zealand starting next month. It will also open a Tesla Store there in the second half of 2017 and add Superchargers. Meanwhile, Tesla is hiring for new stores in Madrid and Barcelona.
electrek.co (New Zealand), electrek.co (Spain)

Cheap EV for China: Renault’s plan to produce an affordable electric car in China are taking shape. Gérard Detourbet will head the project as chief engineer. The 70-year-old has made a name for himself as “the auto industry’s low cost maven extraordinaire.”
forbes.com 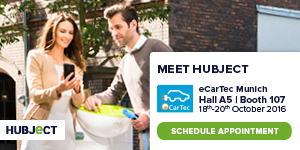 Paris region opens pockets: Residents of the Métropole du Grand Paris, which includes the French capital and 130 other cities and communities, will receive extra cash on top of state subsidies. If they swap their 20-year-old diesel (or older) for an EV or PHEV, they get 5,000 euros. E-bikes and scooters are subsidised with 1,000 euros. But there is only enough cash for 1,000 applicants.
avere-france.org (in French)

Step in the right direction: UN special agency International Civil Aviation Organization (ICAO) will put in place measures to offset CO2 emissions from 2021. Airlines will then be asked to i.e. invest in climate protection, in order to counterbalance their emissions. The programme will first be voluntary, but will become mandatory from 2027.
icao.int, climateobserver.org

Ireland prolongs incentives for electric and hybrid vehicles past the initial 2016 deadline. Motor vehicle insurance rebates will be extended another five years for EVs and another two for hybrids. A tax on diesel was not increased.
irishtimes

VW to take on the Prius? According to German Auto Bild, Volkswagen is working on its own Prius-fighter. Scheduled for 2018, the XL3 will get its own body design, while adopting some elements from the XL1. The hybrid will boast 140 hp, a 25 kW electric motor and a small battery that allows only for a short all-electric range. Pricing will start at 30,000 euros.
autobild.de

Vintage EV from France: French manufacturer Bee Bee Automotive presented its vintage looking electric car. The Bee-Bee XS weighs a mere 660 kg and sports a 20 kW electric motor. The 7.2 kWh or 9.6 kWh battery pack allow for a range of 80 or 120 km. Thanks to subsidies in France, the car will start at 21,180 euros, battery included.
avere-france.org (in French)

Rimac update: The Croatian EV maker will present a series production version of its Concept One in Geneva, while saying that it will build only vehicles for now. CEO Mate Rimac also hinted in an interview that he could be taking a second model to Geneva, but did not give any details.
carscoops.com (Concept One), total-croatia-news.com (Interview)

No battery on board: Starting in April, anything containing a Li-ion battery will no longer be allowed in the cargo hold of a passenger plane. The International Civil Aviation Organisation says the risk of the battery catching fire is too great. That only applies to commercial shipments, however. Nothing changes for passengers.
theguardian.com, cbsnews.com

New electric scooter: Bengaluru-based Ather Energy introduced its S340 electric two-wheeler. The so-called smart scooter comes with a touchscreen dashboard, fast-charging capabilities, a top speed of 72 kph and a range of 60 km. Moreover, the company wants to set up its own infrastructure.
indiatoday.intoday.in, business-standard.com