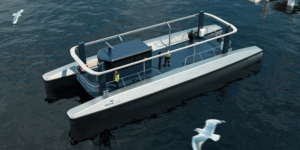 The marine electric drive supplier Torqeedo has won an order to supply a complete electric propulsion system for an autonomous boat in the German city of Kiel. The electric vessel named Wavelab will be built by Gebrüder Friedrich Schiffswerft in Kiel, and is scheduled for delivery by the end of 2022. 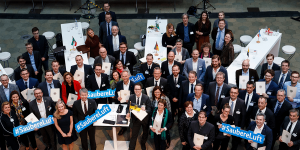 Municipal EV fleets to be funded in Germany

The German Federal Ministry of Transport has presented 168 so-called ‘future cheques’ totalling 90 million euros as part of the Electromobility Directive. These cheques will help local authorities to purchase more than 3,800 electric vehicles and almost 2,000 charging options. 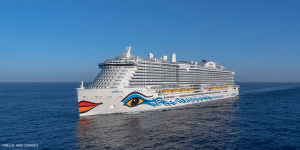 More EV chargers than gas stations: Tesla looks to increase the number of destination chargers in Manhattan to 105 by the end of this month and would thus outnumber the 40 gas stations located there. By September, there will a Tesla charge stop every three blocks, says the EV maker that now operates two showrooms in New York City.
nypost.com

No way for electrification: Auckland pulls the plug on its planned electric car sharing scheme as non of the 9 companies bidding were deemed suitable. They were either too small or not (yet) electric enough. Auckland Transport would not comment if larger, oversea companies like Bolloré had applied at all.
stuff.co.nz

En route to electrification: The German city of Kiel presents a policy document outlining the electrification of the entire bus fleet over the next 20 years. For a start, five hybrid buses will go into service next year and Kiel’s public transport provider is eyeing Volvo as supplier.
shz.de (in German)

BYD to enter Korea: The Chinese firm is to launch its K9 electric bus on Jejudu island together with local partner Suncore. The latter is to purchase up to 1,000 units within the next two years but starts with three electric buses for now, which are set for delivery this May.
koreaherald.com

No charge to charge grows to 27 cities in the USA as Nissan adds Orlando to the bill – or free ticket rather as charging is complimentary in this programme for Leaf buyers. Welcome to the Sunshine state!
planetsave.com, nissannews.com