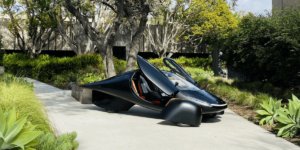 US-based Aptera Motors announced a deal worth several hundred million euros to source in-wheel electric motors from Elaphe. The arrangement includes a detailed plan to scale production in Slovenia, and then extend production to the US.

Cityscoot starts in Paris: After extensive testing (we reported), the 150 electric scooters finally hit the streets of Paris today. Another 400 to 500 will be added from November. Cityscoot plans to have a fleet of 1,000 scooters by the end March 2017.
lefigaro.fr (in French)

Clever joins CharIN: The Danish charge point operator is now part of the Charging Initiative (CharIN) that pushes DC charging using the CCS standard. Clever already has 750 chargers up and running and wants to install its first 150 kW chargers with CCS form 2017.
clever.dk

E-Carsharing in Ljubljana: The Slovenian capital is the first to feature an electric carsharing scheme in the region. It will be operated by car hiring company Avantcar and IT specialist Comtrade. A total of 30 EVs will be available at eight different locations.
eltis.org

Australia plugs in: Queensland utility Ergon Energy has begun setting up an EV ‘super highway,’ planning to install some 60 fast-chargers. The country’s first solar-powered charger will be set up in Townsville. Manufacturer Tritium is most likely in talks with Ergon Energy about the remaining stations.
cleantechnica.com

Charging flat for at home: Australian utility AGL wants to introduce a flat rate for the charging of EVs at home. And it’s quite an attractive offer. For only one Australian dollar per day, drivers can keep the battery of their electric car filled.
mashable.com, afr.com