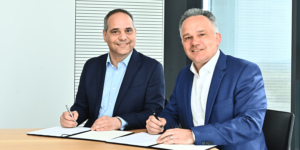 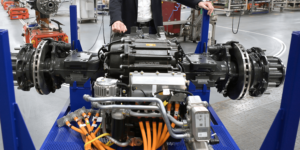 The German aggregate plants of Mercedes-Benz are starting production of central components for the battery-electric eActros. These include the e-axle and the battery packs, which will be manufactured and assembled at the Gaggenau, Kassel and Mannheim locations. 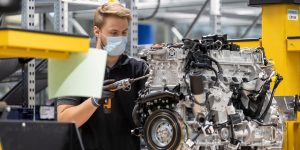 Daimler Truck and the works council have agreed on key points for the future orientation and safeguarding of the aggregate plants. The three locations Gaggenau, Kassel and Mannheim will specialise in different components of electrified drives. 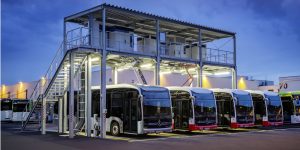 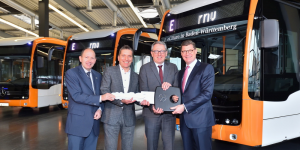 FlixBus has introduced the first fully electric bus running the long-distance in Germany. Starting this Thursday it serves four times a day between between Frankfurt and Mannheim, including stops at Frankfurt Airport and Heidelberg.

“I want it and know Vauxhall needs it. As yet, we don’t have the decision. But I think we’ll have it. For me, it’s a matter of time.”

Opel chairman Karl-Thomas Neumann hopes to persuade GM to invest in a right-hand drive variant of the Ampera-e aka the Bolt.
autocar.co.uk

“All this fright about where am I going to get a charge is going to go away extremely fast. The technology on this front is moving at a staggering pace.”

Audi of America President Scott Keogh calls on car dealers to jump onto the electric car market as he believes that any hurdles like infrastructure will very soon disappear.
hybridcars.com

Wireless charging in Mannheim: The German city has begun operating two electric buses and an electric service van with inductive Primove charging technology from Bombardier. Six bus stops along the route have been fitted with the technology to ensure the buses’ serviceability.
newstix.de, morgenweb.de (articles in German)

Committed to e-mobility: The Romanian city of Botoşani is getting serious about electrification, saying it wants all of its public transport to come with a plug. After having tested EVs in a pilot programme, the city now plans to purchase 48 electric trams and buses and apply to the EU for funding.
eltis.org

UK replaces Plug-In Car Grant: The scheme will run out by the end of the year and be replaced by a new tiered system. With it, the UK government wants to stronger promote zero emission vehicles with an electric range of at least 70 miles.
contracthireandleasing.com, autoexpress.co.uk

Another Paris scheme for London? After Bolloré brought its electric carsharing to the British capital, the Parisian scooter-sharing Cityscoot could follow. The service only started in France this month, but could go international if it proves a success.
standard.co.uk

Toyota looks to London: The Japanese carmaker says it will focus on fleets in London to sell it fuel-cell car Mirai. The reason is simple: the British capital already counts three hydrogen filling stations. The Mirai will hit dealerships there in the third quarter of this year.
businesscar.co.uk

Every workday, “electrive.com today” delivers the latest electric-mobility news from around the world right to your inbox – short, to the point and free of charge. We cover global stories but also keep a focus on relevant news from the German electric car industry! Anyone, that would like to receive a free subscription, just needs to email us at subscribe@electrive.com or visit www.electrive.com