Audi promises electrification: At its annual general meeting, Audi CEO Rupert Stadler confirmed plans to launch one “electrified” vehicle per year starting in 2018, the year the Q6 e-tron is likely to arrive. Electrified though does not necessarily mean fully electric.
greencarreports.com

iNext too late? BMW’s is the iNext, the carmaker’s partly autonomous flagship for the future, is set to launch 2021. Even though CEO Harald Krüger described it as “ultimately bring[ing] the next generation of electro-mobility to the road,” shareholders criticised the BMW for lagging behind Tesla as well as Mercedes in terms of model range and innovation.
autonews.com

Opel’s own dieselgate: The GM owned carmaker apparently used so-called defeat devices in the Zafira, causing “the exhaust gas treatment in those car to be severely limited,” German Spiegel reports. In its “defence,” Opel claims it did not use “cheating” software like its rival Volkswagen.
forbes.com, spiegel.de (in German)

Agent Provocator: The Smart rival from Russia is progressing from concept to prototype faster than expected. Mirrow says it will present an electric Provocator already at this year’s Mondial de l’Automobile in Paris. The low-cost and extra compact EV shall eventually also serve commercial uses.
motoring.com.au 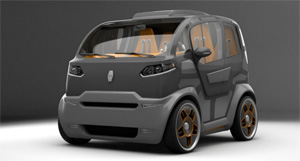