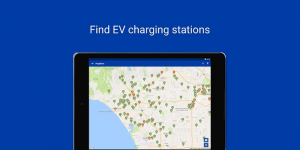 Stabilising the grid: A new project funded by the UK government with 9.5 million pounds hopes to increase local voltage by installing high-performance power electronic converters. One reason is the increasing number of EVs on the Isle. The project is a collaborative effort between Western Power, Schneider Electric, Anvil Semiconductors, Turbo Power Systems, Aston University and Exception EMS.
edie.ne, renewableenergyfocus.com

Sydney Airport looks into electrification: The international airport wants to replace six diesel-powered shuttle buses with electric ones and is currently looking for a manufacturer. Key criteria are operational efficiency and passenger comfort.
finchannel.com

Vienna cooperation: The Austrian capital will integrate the carsharing scheme DriveNow in the “Wien-Mobilkarte” (Vienna mobility card). Despite earlier rumours, there will be no BMW i3 added to the DriveNow fleet in Vienna for now, due to the lack of public charging there.
derstandard.at (in German)

Tesla in Asia: Teslarati published a screenshot showing Tesla destination chargers across Asia, showing Tesla steadily expanding its network. Still, charging infrastructure is an issue, and the story of a Chinese man who sold his Tesla because of a lack of chargers sums up current challenges there.
teslarati.com

Free charging: A recent report by PlugShare shows that 63 percent of public chargers across the U.S. are free to use. In areas with restricted access, such as charging spots reserved for employees or customers only, 76 percent of stations are free of charge.
plugshare.com (report) via chargedevs.com

E-buses in London: Optare, the British subsidiary of Ashok Leyland, has delivered four electric buses to the city of London. The low-floor Optare MetroCity buses are funded by Department of Transport’s Green Bus fund and shall prove the feasibility of zero emission transport in the British capital.
indianautosblog.com

More funding needed: The Swedish rebate program for electric vehicles is coming to an end. Only 800 EVs or hybrids are left to be partially funded and the trade group Bil Sweden is asking the government to top up its incentives quickly.
adn.com

Car sharing in Korea: According The Korea Times, the country’s youth who often studied abroad is missing a car sharing culture in their homeland as not many offers are available yet. However, Green Car, Korea’s largest car sharing service is seeing constant growth since its introduction in Seoul in 2011.
koreatimes.co.kr

Anonymous EV charging: A*STAR from Singapore has designed and electronic payment system that protects the privacy of EV drivers recharging their electric vehicles at public chargers. It is based on an in-car unit similar to a smartphone or tablet that allows two-way anonymous payments.
sciencedaily.com

Where to charge for free? PlugShare is now showing Nissan EV drivers the way to the next charger taking part in the ‘No Charge to Charge’ programme. A filter within the PlugShare app will list only stations where charging is free for Leaf drivers for two years after purchase.
puregreencars.com

First contract for HEVO Power: The U.S. start-up made headlines last year when suggesting to turn New York‘s manholes into wireless charging stations. The Department of Public Safety at NYU now takes HEVO up on it and ordered two gully-shaped inductive charging stations. According to HEVO CEO Jeremy McCool even the Department of Defense (DoD) expressed interest.
govtech.com

Dutch tax benefits were cut at the end of 2013. This led to record-breaking sales of 9,309 electric and plug-in hybrid cars in December. The biggest winner was the Mitsubishi Outlander PHEV, which is now the best-selling car in the Netherlands.
insideevs.com