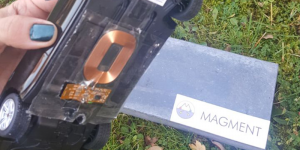 Building materials producer Holcim has entered into a strategic partnership with German startup Magment. The aim of the cooperation is to improve Magment’s magnetisable concrete technology for road surfaces, which can be used to wirelessly charge electric vehicles while driving. 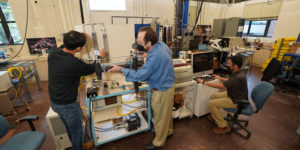 In collaboration with researchers from Purdue University in the US state of Indiana, Ford wants to develop a charging cable that, thanks to a special cooling mechanism, is supposed to be “significantly more efficient than usual products” and reduce charging processes “theoretically” to the length of a conventional refuelling process.

Gigafactories worldwide: In the long term, Tesla could operate between 10 and 20 Gigafactories all over the world, CEO Elon Musk suggested at the Annual Shareholder Meeting. Besides the Gigafactory 1 in Nevada und the solar facility in Buffalo called Gigafactory 2, Tesla is looking for three more sites at the moment and wants to come to a decision before the year’s end. Musk also mentioned that the Fremont facility would soon reach its capacity limit and so the Model Y will need an extra site, too.
electrek.co

Charge as you fuel? Researchers from Purdue University say they found an “instantly rechargeable” battery. If battery’s core technology is a membraneless battery, which can be charged with fluid electrolytes in the same time it takes to refill an ICE. It is pretty much the same approach that NanoFlowCell promotes, so we remain sceptical for the time being.
express.co.uk, futurism.com, purdue.edu

Spanish hybrid hyper car: The Boreas Project has the next plug-in hybrid with more than 1,000 hp. It is going to be at Le Mans this June, before moving on to Goodwood in Great Britain. No more than twelve cars will be made.
autoguide.com, carmagazine.co.uk

Jungheinrich extends warranty: The German manufacturer provides a free 5-year warranty on its Li-ion batteries. If capacity falls below 65% of its nominal capacity in this period, Jungheinrich will replce or repair the pack for free.
jungheinrich.com

Meet the new Audi R18 e-tron: The German diesel-hybrid racecar for Le Mans is to compete in the 4-megajoule class this WEC season and will feature a stronger electric drive, now delivering an output of more than 200 kW. Audi has increased the capacity of the energy storage system as well.
greencarcongress.com

Packing peanuts as anodes? Researchers from Purdue University say they have developed a process to make carbon-nanoparticle and microsheet anodes for Li-ion batteries from polystyrene and starch-based packing peanuts. The up-cycled material is said to be even better than graphite.
greencarcongress.com

Jaguar Land Rover now laid the foundation stone for the National Automotive Innovation Centre (NAIC) located at Warwick University. Electrification will be one of the research area at the 150-million pound centre in Coventry that will open in 2017.
expressandstar.com

Most clicked link on Monday was the ‘String Battery’ technology from startup Tanktwo, which promises to swap battery cells for EVs in less than three minutes.
chargedevs.com