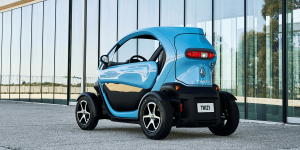 Light electric vehicle sharing company Lime is looking at the heavier end of the market, media reports suggest. The U.S. start-up wants to add small electric cars to their rental line-up of pedelecs and electric scooters and a pilot project is planned already.

Jaguar XJ reborn: According to Autocar, Jaguar has finally chosen to reinvent the XJ, transforming it into a super-luxury hybrid. The car will be built for total indulgence and is rumoured to contain a hybrid drivetrain built around a new V6 Ingenium engine, as well as come with autonomous driving and connectivity features. A concept version is expected to debut in 2018, the 50th anniversary of the original XJ.
autocar.co.uk

Virtual championship: The Formula E championship does not want to stop at the finish line, offering a virtual championship for eSports lovers alongside the all-electric racing series. It will include at least four online rounds, previewing the races in Long Beach, Paris, Berlin and London. The top two from each virtual race will then go console to console in July.
fiaformulae.com

Supercar teaser: Beijing Auto has released drawings of a new electric supercar concept. The vehicle will be based on a NextEV Team China Racing Formula E race car, which could mean strict regulations for the design. The mysterious vehicle will have a 300 km range, and sports a racy look. The concept is set to debut at the Beijing Auto Show next month.
carnewschina.com

On fire: A mystery is afoot in Edinburgh, where an EV simply burst into flames after being plugged in. The Edinburgh City Council confirmed that it was a company car is currently investigating the incident. At least one witness guesses the electric car had been plugged in for too long…
liveedinburghnews.org

Twizy 40 hits Canada: The Renault Twizy has been certified by Transport Canada, and is set to hit stores there this summer. It will be sold at the company’s local partner, AZRA Canada. The quadricycle can reach 40 kph (25 mph). If the window-less design is ideal for Canadian winters remains to be seen.
greencarcongress.com

The last Phaeton: The very last Phaeton has rolled off the factory line at the VW Transparent Factory in Dresden. While this spells bad news for employees, the factory will be renovated and reopened in the future. From April 8th, it will also be revamped as a showcase arena for electric mobility and digitization. An electric Phaeton, however, will not see the light of day.
worldcarfans.com

Reading tip: Ahead of the Berlin edition of the Formula E, Lewis Larkam writes up a tale of reigning champions and champions to be. Will there be crashes in the German capital, surprises? Surely there will be winners and intense fighting as the inaugural season is drawing closer to its end.
electricautosport.com

Video tip: Race driver Sir Stirling Moss, now 85 years old, drove 184 cars in his life but only one remains – the Renault Twizy! “Because it’s electric,” he says, before he takes off on an imagined and quirky race through central London. The only thing Moss misses is “some more power.”
youtube.com via autoevolution.com

Most EVs are nowadays designed for urbanites. However, they can be used for almost anything. The BMW i3’s latest calling comes from New York City, where 20 i3 are used to count trees. And in Seoul, a fleet of five Renault Twizy is used to deliver Korea fried chicken. Don’t count your chickens, hug a tree!
electriccarsreport.com (New York),

The truth is out there.

At least that is the direction you think this video might be going, judging by the first 20 or so seconds. A very, let’s say hyper Romanian woman test drove the Renault Twizy. Well, actually, she hung out of the window or sang into its charging cable, but the main facts about the EV did come across.
youtube.com via autoblog.com

Renault sold 15,000 Twizys in 40 countries worldwide since the introduction of the micro EV in 2012. The milestone quad went to the Italian city of Florence with which the French carmaker has a longstanding agreement on promoting electric vehicles.
electriccarsreport.com

France now allows 14-year olds to drive. Given the teens possess a BSR road safety certificate, they are allowed to handle light quads like…voilà, the Renault Twizy 45 that does not go faster than 45 kph. Nevertheless, vive la France!
carsuk.net, rushlane.com

Amberon is specialised on traffic management and has found a new use for Renault’s tiny EV. Their newly acquired fleet of five Twizys will be used on narrow roads to slow down other vehicles for the safety of maintenance workers. Also, a Twizy is always good to turn a head or two.
torquayheraldexpress.co.uk

You gotta look twice to spot the difference between this Rayttle E28 mini EV and the Renault Twizy. The Rayttle EV is produced by Zhejiang Litong New Energy Automobile who describes the French clone as having a “unique European style.” Indeed.
carnewschina.com

Lotus F1 race drivers Romain Grosjean and Pastor Maldonado exchanged their F1 cars for two Renault Twizy which they took for a spin in the Dubai Mall. They were literally all over the place, including the aquarium and the indoor ice rink.
youtube.com

At French La Clusaz, winter fans can enjoy a very special ride this coming cold season, as the ice circuit is open to Renault’s Twizy. Spinning and pirouetting has never been more fun! We wonder when the first tuner will come up with some skate blades for the mini EV.
inthesnow.com, laclusaz.com

As if the Twizy is not unusual enough, Red Castle Classics has rebuild Renault’s electric quad for the Eco Travel Network. The “Toro” features two (bike) racks (again unusually arranged) as well as softer tyres to accommodate for bumpy tracks on ‘Breacon Beacons.’
thegreencarwebsite.co.uk

This video shows what could just be the typical eBook reader. No, not the kind from Amazon. This one is male, in its mid-twenties and drives a Renault Twizy- all the way into the library.
youtube.com

Renault’s fun vehicle takes a lead in Christoph Waltz’ upcoming movie Zero Theorem. Here it serves as the preferred mode of transport of neurotic Londoners in the future. However dark the future may be, the Twizy is sure to spice it up!
thegreencarwebsite.co.uk, youtube.com (official trailer)