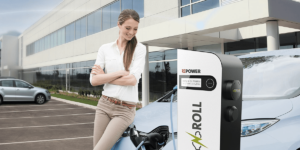 Plug’n Roll, the e-mobility provider of the energy supplier Repower, has been commissioned by the Zurich government. They want charging infrastructure to populate the canton’s properties as the government plans to transform the fleet until 2030.

EV offensive in Austria: The Austrian federal state of Styria is looking to financially support 24 e-carsharing projects this year. As part of the programme, a total of 79 new electric cars will hit the road and 144 new chargers will be erected. Due to high demand, 2m euros have been earmarked for the plan – twice than what originally planned.
kleinezeitung.at, politik.steiermark.at (articles in German)

Vorarlberg eyes 10,000th EV: The federal state in western Austria is also planning for growing emobility in the region. The goal is to have 10.000 EVs, 500 electric utility vehicles and 20 electric buses on the road by 2020. Municipalities have already increased their orders from 32 to 46 electric cars.
derstandard.at (in German)

Connected chargers: With Plug’n Roll, Swiss utility Repower introduced a connected charging system for electric vehicles. Charging stations provide details about their location, the types of plugs and occupancy over the internet – information that users can then view in an app.
cafe-europe.info, repower.com (articles in German)

Indian e-scooter in the U.S.: Electric scooter hiring company Scoot Networks from San Francisco now offers the GenZ 2.0 from Mahindra, making it its default model next to the current cargo bikes. Scoot says it will add 100 GenZ to its fleet per month to meet electric demand in San Francisco.
engadget.com, genze.com

EV offensive in China: Chinese city Zhuhai announced that 30 percent of all cars bought for its fleet in the coming years will be electric. It will also add more EV charging spots and reserve parking stalls for electric cars only.
macaudailytimes.com