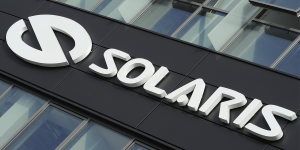 In Latvia, the capital Riga will be graced with 52 Solaris electric buses. Public transport operator Rigas Satiksme has initially awarded the contract to the Polish manufacturer for 35 electric buses, while the purchase of 17 additional electric buses is still to be decided. 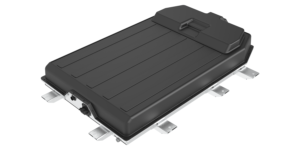 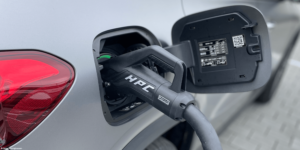 Electric pickup truck attracts potential customers: Workhorse recently announced its electric pickup work truck W-15 (we reported) and now says that Duke Energy, the city of Portland and the city of Orlando’s municipal fleet have signed non-binding letters of interest to purchase the trucks for their respective uses. Duke Energy said it could purchase as many as 500 trucks.
workhorse.com

Riga orders Solaris buses: Latvian public transport operator Rigas Satiksme has signed a contract with Solaris for the supply of ten low-floor trolleybuses. Each trolleybus will be fitted with a with a hydrogen fuel cell range extender as well as a battery, which allows it to operate without traction energy supply.
gasworld.com

South Korea charging ever quicker: Only yesterday we reported on Seoul’s plan to quickly erect fast charging infrastructure. Today, the Ministry of Environment said it is looking at hydrogen, too. A roadmap is planned for July, while the ministry already agreed on ten hydrogen stations and the acquisition of 1,000 FCVs for the public sector by 2020.
businesskorea.co.kr

Home chargers are the key to widespread adoption of electric vehicles and plug-in hybrids rather than public infrastructure, a study conducted by the Simon Fraser University has found. For it, researchers interviewed 1,739 PHEV owners across Canada.
greencarcongress.com

Scrap ’em: British Columbia launched the Scrap-It programme, asking inhabitants to let go of their pre-2000 gas guzzlers. Everyone that acquires an EV instead, will benefit from a 3,000 dollar rebate. The scrapping scheme is an addition to the yet to be revoked Clean Energy Vehicle incentives.
globalnews.ca

Riga gets electric buses: Latvian transport provider Rigas satiksme has ordered a total of 125 trolley buses for 131.8 million euros (139m dollars) from Skoda Electric. The first 25 electric buses have been delivered to the Latvian capital with another 25 to follow in the second half of this year.
baltic-course.com, bignews2day.com

Hydrogen in Hamburg: Shell opened a new hydrogen fuelling station in the Hanseatic city. It is the third station the oil corporation built on German ground and the first were H2 is produced on-site. In total, 400 stations are to be built in Germany by 2023. The one in Hamburg was delivered by H2 Logic.
greencarcongress.com