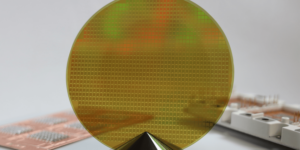 Olli and Watson: Local Motors and IBM have developed a self-driving electric bus called Olli. It sits 12 and thanks to the integrated computer system Watson, passengers can ask the bus questions (and get an answer). The electric Olli is now on the road in Washington, D.C. and is said to also come to Miami and Las Vegas.
popularmechanics.com

Tel Aviv tests electric road: Israeli start-up ElectRoad has developed a technology that charges EVs while driving, using copper wire embedded in the asphalt. Test are currently under way on a specially prepared route. The embedding of the copper wire is said to take about one day per kilometre.
israelbetweenthelines.com (with video), jewishbusinessnews.com

New UQM drivetrain: UQM Technologies announced a new electric drivetrain for utility vehicles, called UQM PowerPhaseDT, and which is said to be available from this autumn. Eaton has been picked to supply the transmission, while Pi Innovo will contribute the transmission control unit.
greencarcongress.com, businesswire.com

Meeting demand: Japanese Showa Denko (SDK) announced an increase in production capacities for its carbon-based anode material for Li-ion batteries from the end of 2016. Production capacities will be raised 50 percent to annually 1,500 tonnes. Part of the production will be moved to China.
acnnewswire.com

H2 utility vehicle alliance: Hydrogenics and SinoHytec have signed a strategic partnership for the development of fuel cell systems for the Chinese market. The FCs are destined for buses and trucks.
gasworld.com