The ride-share operator Didi Chuxing looks to be the first major customer for the new EV joint venture by Magna and BAIC in China. Singulato Motors also looks to have the JV produce their vehicles in future. 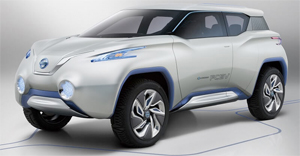 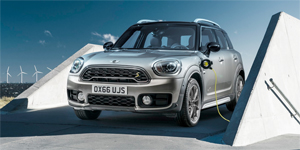 Plug-in Countryman debut in LA: The new Mini will premier at next week’s Los Angeles Auto Show. The Mini Cooper S E Countryman ALL4 is the brand’s first plug-in hybrid and comes with a said range of 40 km – max. Press pictures show the little PHEV undisguised and it will hit the market by June 2017.
carscoops.com, press.bmwgroup.com

Another LA premier is due for Porsche’s Panamera, which will be presented with a new long-wheelbase, called the Executive. It is 15cm longer. Both the XL and the standard version are available as plug-in hybrids, while UK market entry is scheduled for April next year. Prices start at 84,838 GBP.
autocar.co.uk, carscoops.com

Leaf U.S. pricing: Nissan published the prices for its 2017 Leaf. In the USA, the electric car will cost from 30,680 dollars before EV incentives. The set-up remains the same apart from the 30 kWh battery as standard option (we reported).
electrek.co

Singulato is Zhiche: The Chinese EV firm coming up recently is not entirely new but the English name for Zhiche Auto. With its 600m dollar financing, it may build two concept electric cars. Both designs show wing doors and the logo displays an overlapping S and X – an inspired double meaning surely.
carnewschina.com

BAIC builds in Malaysia: The Chinese carmaker presented the EV200 made in Malaysia. The EV allegedly sits on the former Smart ForFour’s platform and is built in a joint venture with local Amber Dual. The front-wheel drive is powered by a 30.4 kWh Li-ion battery with the top speed set at 125 kph.
paultan.org