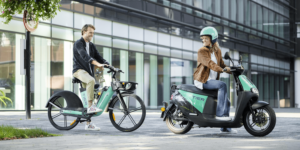 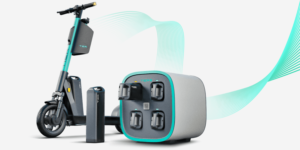 The Berlin-based micromobility provider Tier Mobility has announced the closing of a new financing round in the amount of 250 million US dollars (about 211 million euros). The Series C round, the third capital increase of this kind, was led by SoftBank Vision Fund 2.

In Qatar, an ambitious project was recently presented, in which the nation plans to set up a factory for electrified vehicles in the Gulf nation. The factory is planned to be in operation by the time the world cup kicks off in 2022.

The largest joint H2 project in the EU to date kicked off in German Cologne yesterday. The project JIVE will see the purchase of about 140 fuel cell buses from 2018, while project MEHRLIN will focus on setting up seven H2 fuelling stations for fuel cell buses. The buses will go in to service in German (near Cologne, Wuppertal, and Frankfurt area), the UK (London, Birmingham, Dundee, and Aberdeen), Italy (South Tirol), Latvia (Riga), as well as Denmark (Slagelse).
fch.europa.eu

BMW charging: Following yesterday’s news that Nissan and BMW partnered with EVgo to get up more than 174 new fast-chargers across the U.S., BMW now announced the expansion of its ChargeNow programme for BMW i and BMW iPerformance drivers. It now includes all DC fast-chargers in 33 states.
insideevs.com, chargenowusa.com

Electric ridesharing: Masayoshi Son, head of SoftBank, has given the green light for a pilot project in the Indian city of Hyderabad, that will see the company provide Ola drivers with access to one million EVs build locally. SoftBank owns stake in Uber competition Ola and made headlines with its electric plans back in December (we reported).
indiatimes.com

Export deal: Florida-based Premier Automotive Export was given the go ahead to ship American built electric cars and charging stations to Cuba. It now plans to ship Nissan Leaf to island state and install 50 EV charging stations in Havana. The license is valid for four years, if a certain U.S. President doesn’t revoke it.
thehill.com

H2-powered California: The Golden State counted 25 hydrogen fuelling stations in December 2015, the California Energy Commission (CEC) and California Air Resources Board (CARB) report. Another 23 are in planning or early stages of construction. The goal of 100 H2 pumps by 2024 seems attainable.
ngtnews.com, energy.ca.gov