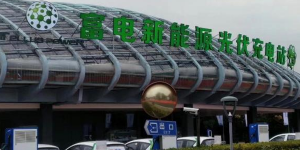 Tellus Power has opened a solar charging centre for electric cars in Shanghai and claims it to be the world’s largest. It covers an area of 2,500 sqm and includes 44 charging stations that can charge up to 400 EVs a day.

Cycle Autobahn: Munich revealed plans for a network of cycle highways that would connect the suburbs with the city centre. Commuters could ride uninterrupted by red lights, cars, or crossings. The lanes are thus particularly attractive for e-bikes and s-pedelecs.
fastcoexist.com

London retrofits: British Vantage Power has developed a retrofit hybrid system for buses that will be utilised in the British capital’s double-deckers by 2016. The young company is partnering with UK bus dealer Ensignbus. The hybrid system is geofencing enabled.
eandt.theiet.org

Electric Scots: East Ren Council received over 78,000 GBP in funding from Transport Scotland to install electric vehicle charging points. Five so-called Plugged In Places will offer rapid charging with more being planned at a nearby carpark. Charging will be free, but parking fees do apply.
glasgowsouthandeastwoodextra.co.uk

Jordan update: The country found partners to install 3,000 solar-powered charge points over the next decade. The 120 million dollar deal goes to AllCell, while partners include Hyseo Int. for the solar cells and French DBT. About 600 stations will be fitted with batteries, the rest relies on the grid.
chargedevs.com

Britain’s largest solar carport can be found in Nottingham. The solar tiled canopy provides shade for 40 cars and could to generate 55.7 MWh of electricity per year, which then could also be used to charge electric cars.
edie.net, solarpowerportal.co.uk