Hitachi Chemicals is planning to set up an US plant for battery materials in 2018, spending about 10 billion yen (83m USD). The Japanese company already supplies anode materials for batteries in the Nissan Leaf and hopes to also supply Tesla’s and Panasonic’s joint Gigafactory in the future.
insideevs.com, nikkei.com

1,100 kilowatts for Pikes Peak: Now it´s official: Nobuhiro “Monster” Tajima teams up with Rimac on a megawatt Pikes Peak racer. The Tajima Rimac E-Runner Concept_One is powered by four independent electric motors, giving the car a total power of over 1,1 MW and a maximum torque of 1500 Nm.
electricautosport.com, rimac-automobili.com

Chinese bus manufacturers are betting on batteries by LG Chem, the Korean company reports. Nanjing Golden Dragon Bus and Dongfeng Commercial Vehicle will use the LG batteries in their large- and small-sized electric city buses. LG Chem said its battery factory in the Chinese city of Nanjing will begin operating next year.
electric-vehiclenews.com, koreatimes.co.kr

Batteries from wood pulp is what researchers from Sweden and the U.S. cooked up in their laboratories. The new wood-based aerogel material can be used for three-dimensional structures and stores significantly more power in less space than conventional batteries. According to the researchers, the aerogel batteries could be used in electric car bodies.
kth.se

Most clicked link on Monday was the Tesla Model X, which was recentley spotted in California next to a Nissan Leaf.
hybridcars.com 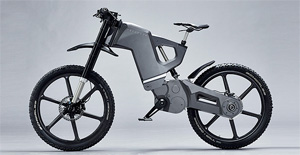 S-Pedelec perfection: 250 Nm torque that can be activated via throttle or pedals and a 1,600-Wh battery make the Trefecta e-bike come very close to a motocross machine. The super-stylish speed pedelec with a frame developed by the former Fokker Aerospace engineering team can go up to 80 kph but weighing about 40 kilos. Price: 22,500 euros (28,550 dollars) before taxes.
trefectamobility.com (with video), elektroniknet.de (in German)

Stretching polymers: The Global Climate and Energy Project (GCEP) at Stanford University has awarded 10.5 million dollars to seven research projects. One team set out to develop self-healing polymers that can stretch to endure large volume changes in the battery during charge and discharge.
greencarcongress.com

Profitable partnership: Ballard Power Systems has signed a long term supply agreement to provide fuel cell stacks for use in Plug Power’s GenDrive systems for forklift trucks. The agreement is a continuation of an existing partnership. Plug Power customers include Walmart, Sysco and Mercedes among others and the company expects to bill orders for about 150 million dollars this year.
greencarcongress.com

Most clicked link on Thursday was the radical customized BMW i3 from Garage Everyn, Japan.
transportevolved.com