Tesla is now increasing the charging capacity of its fast-charging network in Europe from 120 kW to 150 kW. The upgrade will benefit all second-generation superchargers installed at around 500 European supercharger sites, with a few exceptions.

If you order a new Model S or Model X from Tesla, you can now charge it again for free at the manufacturer’s Superchargers. With this step, Tesla apparently aims to boost the recently sluggish sales of its two higher-priced and higher-margin models.

A Tesla owner in China parked his Model S at a Supercharger bay without charging it. And while he was not ICEing in any strict sense, his in-action still sparked a strong reaction – he found his Model S with a dismantled bumper. 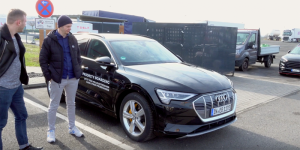 In February, we reported on Audi using Tesla’s superchargers as a backdrop to market their e-tron electric SUV. Now it seems that the barely-guerilla marketing campaign wasn’t an isolated event. 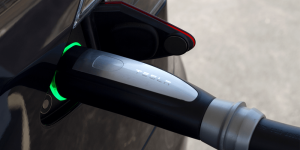 Tesla is getting more capacity out of their second generation superchargers with a little more power than previously known. An increase in power from 120 kW to 145 kW was announced in March, but a spokesperson has now said that the upgrade will even enable 150 kW peak power.

Tesla has started to install a software update that increases the maximum usable charging capacity of the currently more than 12,000 second-generation superchargers worldwide from 120 to 145 kW.

Tesla has introduced the 3rd generation of its Supercharger. New power cabinets with 1 MW power and liquid-cooled cables enable peak rates of up to 250 kW for each charging electric vehicle at the new Supercharger locations, so no more splitting power.

Tesla has managed to stay profitable in Q4 2018 and thus reported its second consecutive quarterly profit. Still, Tesla earnings were hit on some fronts, but sales are looking good with Tesla having sold over 140,000 Model 3 throughout 2018 with more to come.

Tesla haters in the USA apparently cannot leave off the provocations – After Supercharger parking spaces were recently blocked by pickup drivers, unknown persons in Utah have now cut the cable of a Supercharger and drilled holes in the charger plugs. 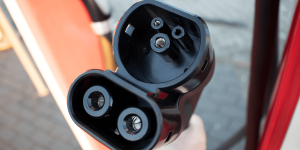 Must Tesla brace itself for a social media storm under the #trunkgate? Possibly, since EV fan Bjørn Nyland demonstrates that the Model 3 trunk has a design flaw when it rains. Yet in our own news, we present one of the first CCS adapted Superchargers ready for the Model 3’s arrival in Europe.

After the announcement of the end of the Tesla referral programme, which entailed free use of the Superchargers for electric car drivers among other things, Tesla has upped the ante by increasing the prices for the use of their charging network around the world.

According to CEO Elon Musk, Tesla will be producing significant numbers of the Model 3 slated for export both to Europe and China thus requiring new plugs.

A new “trend” seems to be picking up in the USA, where pick-up truck drivers purposefully park in front of Tesla supercharging stations where they can insult Tesla drivers. At least that’s what happened in the town of Hickory, North Carolina. 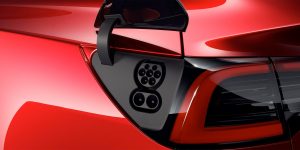 After Tesla had recently announced they would equip the Model 3 with a CCS charging port in Europe, the first shots of such an electric car have now surfaced online. Also CCS retrofits for Superchargers are said to roll-out this month.

Tesla and Daimler go back years when Daimler supported the EV maker early on. Now it looks as if it is time to give some of the “like” back and Elon Musk tweeted to toy with the idea of an electric van cooperation. Plus, he has expansive plans on Supercharging.

Tesla’s Model 3 will arrive in Europe with CCS ports

After a lot of rumours on the grapevine, it is now official: the Tesla Model 3 will indeed come outfitted with a CCS fast charging port in Europe. Drew Bennet, responsible for Tesla’s global charging infrastructure, revealed the news in an interview with Auto Express.

Those buying a Tesla Model S or Model X from now, will have to pay for charging at a Supercharger. The EV maker has ended its free Supercharging credit programme for good. Owners of a Model 3 had never benefitted from it in the first place.

Free access to Tesla Superchargers is increasingly restricted as the number of Tesla electric cars increases. This is true for new owners but also commercial businesses such as chauffeur services. Now, an exception has been made, ruled by a Dutch court.

After Elon Musk swooped in to help hurricane-stricken Puerto Rico after the devastating storm and lackluster response from US authorities, Tesla is now again helping people escape the clutches of natural disaster. 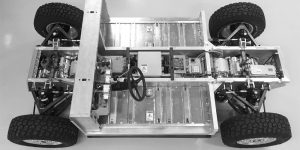 When Tesla is teaming up with Atari you can expect some fun. Still, the reason for the partnership is a more serious one as the software update 9.0 is coming up – for Tesla, not the game maker.

Tesla is planning to add some more interior options for the Model S and Model X in the coming year. The new design will be oriented along the more minimalist interior of the Model 3, but will likely also offer some premium features.

Tesla has set up more than 400 Supercharger sites with over 3,200 charging points in Europe to date. Said network stretches over 23 European countries and has so far supplied enough electricity to drive 850 million kilometres with zero emissions.