Evergrande earns half a billion dollars via shares

Evergrande New Energy Vehicle, the NEV offshoot of the Chinese Evergrande Group, has raised around half a billion US dollars in fresh capital by selling treasury shares to a number of external investors. Among the investors are prominent names like Tencent and Didi Chuxing. 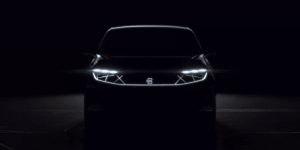 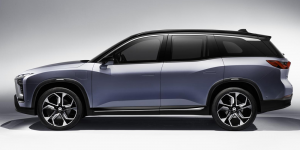 Chinese EV start-up Nio (before: NextEV) is said to have raised additional 1bn dollars in its latest financial round, lifting the estimated firm’s value to 5bn dollars.

Reading tip I: The Mayors of both London and Paris have taken off the gloves in their fight against air pollution and want to get the public on their side. Before the year’s end, real-world emissions of cars shall be measured for citizens to check online. Other cities part of the C40 climate leadership group like Madrid, Mexico City, Milan, Moscow, Oslo, Seoul, and Tokyo may follow suit.
autocar.co.uk, businessgreen.com

Reading tip II: What is truly behind Tencent’s investment in Tesla, wonders Jay Somaney and comes up with a rather intersting answer – what if it is to strike a deal between the EV maker and the ride-sharing giant Didi Chuxing Tencent holds shares off? Masses off Model 3 could soon serve as cabs – maybe.
forbes.com

Faraday powered by LG? Insiders report, LG Chem closed a 2.4bn dollar deal with Faraday Future to supply power packs for their upcoming EV models. However, for now these are only rumours. Meanwhile, spy shots captured Faraday’s first model but do not reveal much.
koreatimes.co.kr; autoblog.com (first model)

Hacking a Tesla Model S: Chinese security experts from Tencent managed to remotely control certain funtions of the Californian EV. The IT firm even succeeded in manipulating the brakes of a Tesla in motion from far. The EV maker has been made aware of it and says it reasserted control.
electrek.co, forbes.com

Porsche to enter Formula E: The German sports car brand has applied to become an official battery supplier for the electric racing series. If Porsche’s tender is successful, their exclusive engagement would start from season 5 (2018/19). FIA is currently evaluating the applications.
motorsport.com

Symbio FCell financing: ENGIE utility has joined Michelin as an investor in Symbio FCell. The latter has started a second round of financing for its fuel-cell range extender for electric vehicles. ENGIE has installed more than 5,000 charging stations in Europe and is now looking into H2 technology.
greencarcongress.com