Vauxhall’s Grandland X Hybrid4, which will be arriving in showrooms in January, is now available for order starting at £35,590 in the UK. The fully electric Corsa-e has not been officially confirmed, but has been reported to start at £26,790 after the UK government grant. 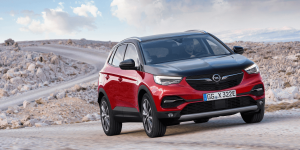 PSA-owned Opel/Vauxhall presents the Grandland X SUV as plug-in hybrid variant just a day after announcing the all-electric Corsa to debut on 4 June. Orders for the Grandland X will open later this year and build on Peugeot’s 3008 hybrid. 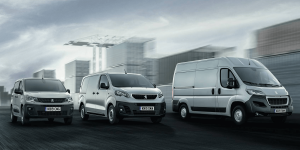 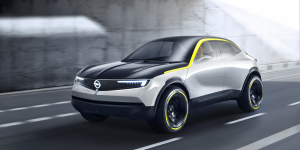 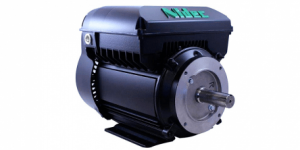 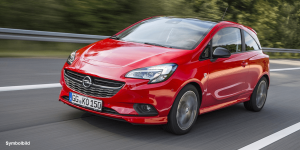 PSA subsidiary Opel has revealed its roadmap “Pace”, a strategy plan that shall guarantee Opel’s return to profitability by 2020. Most important from an electric mobility viewpoint is Opel’s intention to offer all of its European carlines additionally with either electric or plug-in hybrid drivetrains by 2024.

Vauxhall got a lot of attention for a Corsa equipped with the latest self-driving technology by making it look like it was not automated. Instead, a dog took the driver’s seat of the actually self parking vehicle. Choosing #ParallelBarking sure is AdvancedAdvertising!
youtube.com, carscoops.com

Corsa EV to come? Green Car Reports is treading the rumour mill, reporting that the 200-mile-range Chevy, probably the Sonic, will also be imported to Europe in the form of the Opel/Vauxhall Corsa EV. The Chevy EV could be unveiled at NAIAS in 2016.
greencarreports.com, transportevolved.com

New hybrid crossover by Toyota: The Japanese carmaker is currently scaling up its production facility in Turkey to accommodate for new SUVs. The hybrid crossover will be based on the concept C-HR presented in Paris earlier this month and will also come as a petrol variant.
asia.nikkei.com, just-auto.com

New BYD e-bus: At the APTA Expo in Houston, Texas, BYD presented yet another electric bus. The ‘Lancaster’ measures 18 metres and can transport up to 120 passengers for over 170 miles on one charge. The Chinese also displayed a 12-metre e-bus, currently in service in California.
greencarcongress.com, automotive-business-review.com (with picture)

Cadillac CT6 spy shots: New pictures of the upcoming Cadillac luxury sedan show a heavily camouflaged CT6 testing in snowy and pretty chilly conditions. The CT6 is designed to take on the S-Class by the end of 2015, and will also be available as plug-in hybrid (we reported).
tflcar.com, insideevs.com (with video)

Nissan sets out to take France in a stride, starting its own “scrappage scheme.” Buyers of the Leaf and e-NV200 receive a 3,700 euro rebate if their purchase replaces a diesel that is ten years or older. That brings the Leaf to the price level of a Renault Zoe and is clearly a move designed to make the partners more equal.
lepoint.fr (in French)

Audi energy: Since Germany has a liberalised energy market, Audi in cooperation with LichtBlick SE can offer every buyer of its A3 e-tron a clean electricity package. The electricity comes solely from hydro-electric power stations in Germany, Austria and Switzerland and the package not only includes the plug-in hybrid’s energy needs but also the supply of the owners homes.
thegreencarwebsite.co.uk, electriccarsreport.com

StreetScooter launch: The electric delivery van by the German university RWTH Aachen will be industrialised in the third quarter of 2013. The first utility vehicle called Work will be exclusively distributed by Spijkstaal Elektro B.V. in the Netherlands, Belgium and Luxembourg. In Germany, StreetScooter vehicles are currently used by Deutsche Post for deliveries for which they were initially developed for.
Information via mail

Low price Ampera: Vauxhall dealer Pentagon is offering GM’s electric car with range extender from 22,995 pounds (38,200 dollars). That is 10,000 pounds less than listed but already includes the 5,000 grant from the UK government. Interestingly, this puts the plug-in Ampera in the price range of the Volkswagen Golf BlueMotion starting at 21,270 pounds (35,300 dollars).
autoexpress.co.uk

E-bike for traveller: The chainless e-bike Mando Footloose by Haller Meister made its retail debut at consumer electronics shop Capi at Schiphol Airport, Amsterdam. The retailer wants to support sales with large-scale promotions. Luckily, home delivery will be available as e-bikes are not allowed on planes due to li-ion battery regulations.
bike-eu.com

Sales in Japan: Here are the numbers for the electric and hybrid vehicle sales in Japan of the year 2013: Toyota again came in first with sales of 1,280,235 units, accounting for about 83% of Japan’s hybrid and EV market. Honda on the other hand reported a decline on sales of 19%, whereas Mitsubishi was able to kick-off its Outlander plug-in with 20,026 units.
just-auto.com