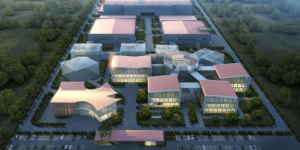 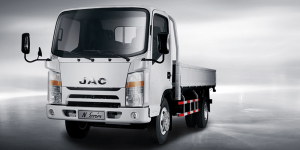 VW and JAC may build electric UVs in China

Volkswagen may expand its venture with JAC in China beyond electric cars to build utility vehicles together. A declaration of intent has been signed. 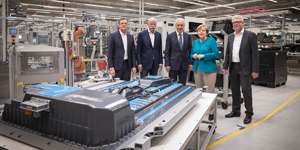 Groundbreaking for battery factory: German Chancellor Angela Merkel has broken ground at the site for Daimler’s planned 500 million euro factory in Saxony. There, Mercedes subsidiary Accumotive is to assemble battery packs for the upcoming EQ series as well as for Smart ED models, hybrids and commercial electric vehicles. Cells will come from both Samsung and LG Chem with production scheduled to start by mid-2018 in Kamenz. The new facility will be within sight of Accumotive’s existing facility and the site thus quadruples to include a total of 80,000 sqm, probably one reason why Daimler likes to speak of it as a “Gigafactory” à la Tesla.
autocar.co.uk

It’s a Go for VW and JAC as the Chinese authorities agree to the carmakers’ joint endeavour to produce an EV for China as early as next year (we reported). For Volkswagen it is the third joint venture as it already serves its largest market together with FAW and SAIC and thus required the government in Beijing to make an exception. Usually China permits no more than two JVs.
reuters.com, dailymail.co.uk

BMW iNEXT to liken I-Pace: It looks like the BMW iNext will bear little to no resemblance with the concept currently making the rounds once it will hit production by 2021. Instead the autonomous EV will go head to head with the likes of the Jaguar i-Pace when it comes to size and style, insiders allege.
insideevs.com

Electric SUV from Nissan: The Japanese have their next concept EV on the drawing board and think big this time. Dubbed Vmotion 3.0, Nissan wants to launch the electric SUV within this year and plans to pack all three future technologies inside, namely connectivity, autonomy, and electrification.
autonews.com

Tesla has hit a trade barrier in India, or would be held back if it would attempt to launch the Model 3 there. Elon Musk had to turn down requests from Indian Tesla fans, saying that India’s manufacturing is not advanced enough for the EV maker to comply with the 30 percent locally sourced components rule.
twitter.com (feed) via intoday.in

Meanwhile, Tesla rewards early-ish adopters as it binds unlimited Supercharger access to owners rather than the vehicle. This means those who ordered any model between January 15, 2017 and yesterday fast-charge free for life. For anyone new buying into Tesla, the 400 kWh credit applies.
electrek.co